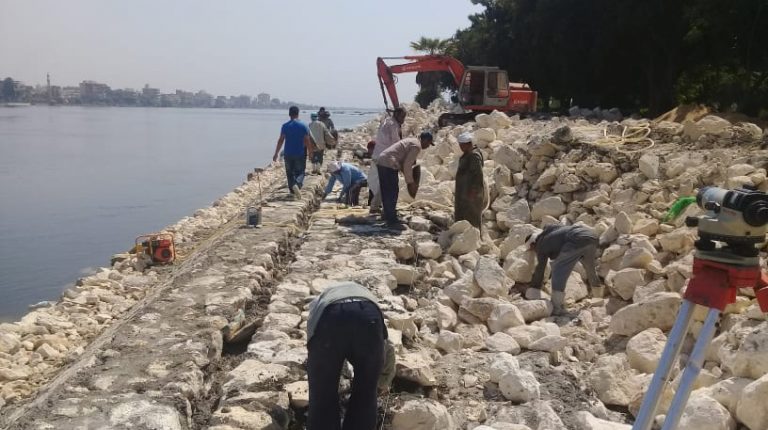 The Ministry of Water Resources and Irrigation implemented about EGP 137.5m worth projects from July to November 2019.

The ministry said the flood protection systems costed about EGP 59.7m, located in some places such as Wadi Abbadi 2A – Wadi Abbadi 2C – Nag’ El Arab Alheisheh in Naga’ Hammadi in Qena governorate, as well as protection works in Minya, Al-Beheira, and Giza governorates.

Shehta Abdel Fattah, head of the horizontal expansion and projects sector at the Ministry of Irrigation, said the ministry carried out EGP 28.159m worth roadworks. Also, the sector is currently implementing about EGP 1.8bn worth projects.

According to the ministry, this project, which costs EGP 34m, will protect the Sheikh Shazli village and its religious monuments from the floods.

The minister also inaugurated a roadblock and an industrial canal in Arab Saleh village, within the protection system at a cost of EGP 18m.

Abdel Aty explained during the opening ceremony that these works come in the framework of the state’s plan to protect the Red Sea governorate from floods, being one the most important touristic destinations in the country.

He added that his ministry is conducting a package of works through the protocol signed with the National Service Products Organization of the Armed Forces in 2017 to carry out flood protection systems in South Sinai and the Red Sea governorates.