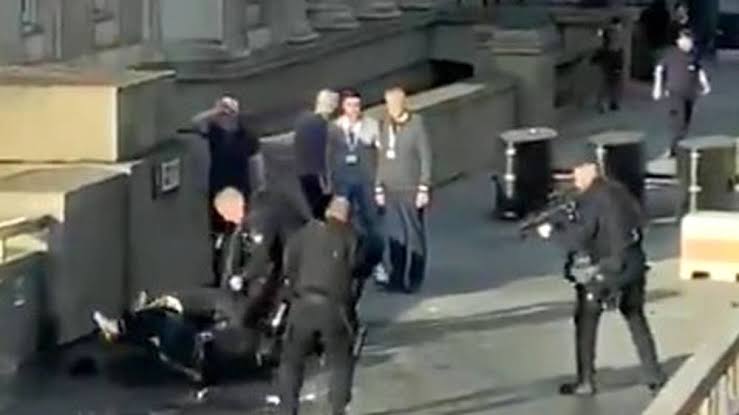 London bridge attacker, Usman Khan, was identified as a convicted terrorist released from prison on parole in December 2018 after he was imprisoned for terrorism offences in 2012, police said in a statement on Saturday.

On Friday, two people were killed in a terrorist knife attack in the London Bridge area, the edge of the city’s main financial district. The attack disrupted the U.K.’s general election campaign two weeks before the vote.

Within five minutes, officers were on the scene, and streets in the zone were locked down. Members of the public wrestled with the 28-year-old attacker, who had strapped a fake bomb to his body and stabbed a number of people before armed police arrived and shot him dead.

Prime Minister Boris Johnson earlier said, “it is a mistake to allow serious and violent criminals to come out of prison early.”

Khan, whose family is from Pakistan-controlled Kashmir, was convicted in 2012 for his part in an al-Qaeda-inspired plot to blow up the London Stock Exchange. He was released in December 2018, subject to conditions.

Johnson, who has called a snap election for 12 December and is due to host NATO leaders including US President Donald Trump next week, said it was a terrorist attack and that Britain would never be cowed.

Johnson broke away from campaigning to rush back to Downing Street for a security briefing on the attack, which left three others hospitalised with injuries. Speaking afterwards, he praised the civilians who tried to stop the suspected terrorist before police arrived.

“Anybody involved in this crime and these attacks will be hunted down and will be brought to justice,” he said. “This country will never be cowed or divided or intimidated by this sort of attack and our British values will prevail,” he added.

The attack was condemned by Egypt’s Observatory of Monitoring Takfiri Fatwas and Dar Al-Ifta.

The observatory called for intensifying efforts to dry up sources of terrorism and extremism, and address online terrorist groups and organisations and deny them access to new elements through misleading and false propaganda.

The UAE Ministry of Foreign Affairs and International Cooperation has strongly condemned the appeal against civilians in London.

In a statement issued on Saturday, the ministry affirmed the UAE’s solidarity with the UK against all manifestations of violence, terrorism, and extremism.

Queen Elizabeth II said in a statement that she and her husband, Prince Philip, are sending their thoughts to everyone affected by the “terrible violence.” She thanked police and emergency services “as well as the brave individuals who put their own lives at risk to selflessly help and protect others.”