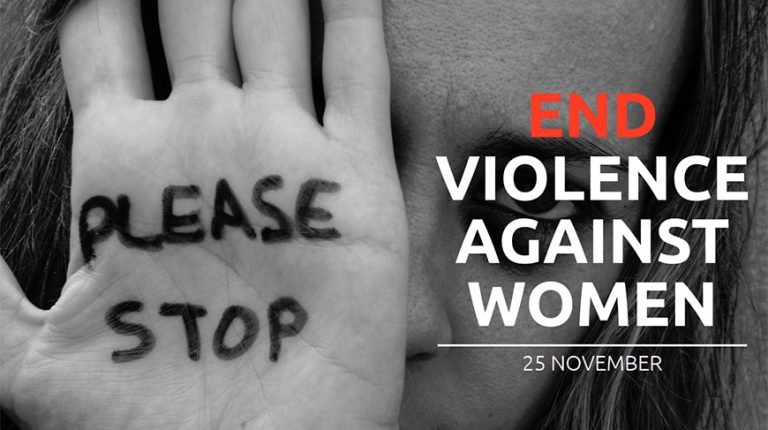 From female gentile mutilation (FGM), marital rape, to sexual or physical abuse and more, women all around the globe share the same struggle against violence.

For that, the annual international campaign “16 Days of Activism against Gender-Based Violence” kicks off annually on 25 November in Egypt and the whole world, marking the International Day for the Elimination of Violence against Women, dubbed Orange Day, and runs until 10 December, the Human Rights Day.

All this prompts one to ask how did the idea of the 16 days originate? How was the campaign first put forward? Why the colour orange specifically? Where do Egypt and the world stand with regards to the issue?  How will Egypt celebrate the 16 days of activism? And what are the governmental efforts to limit and end the violence against women in Egypt.

The International Day for the Elimination of Violence against Women was made official by the United Nations through a 1999 General Assembly resolution.

The day came out on 25 November 1960 when three political sisters named Minerva, Maria, and Patria Mirabal opposed the cruelty and systematic violence of the Rafael Trujillo dictatorship in the Dominican Republic. They were clubbed to death and dumped at the bottom of a cliff by Trujillo’s secret police, but now better known as the Butterflies.

The three sisters’ story began with Trujillo, when he invited Mirabel’s family to attend one of the public occasions, so they attended the party and then he asked to dance with Minerva.

Unsurprisingly, he tried to sexually harass her, but she confronted him and slapped him on the face. Shortly after, her father was imprisoned and died a few days after being released.

Since then, Minerva and her sister formed an opposition group or movement against Trujillo’s regime.

They distributed flyers about the people murdered by Trujillo’s regime in order to inform the public about his violations.

However, they were declared as terrorists and traitors by Trujillo, and were arrested several times and charged with dividing the unity of the country.

Subsequently, the women were released but not to return to life again, but to meet their final fate on the 25th of November 1960 when all three were brutally murdered.

Trujillo’s regime beat them to death with sticks, shoved them in the back of a car, and drove them off a cliff in order to make it appear as a road traffic accident. Trujillo thought that he could get away with the murder of the Mirabal sisters, but following this accident, the entire country fought him. Six months later on 30 May 1961, Trujillo was assassinated.

In February 1963, the Dominican Republic elected a democratic government for the first time in decades.

Finally, their fourth sister, who was not murdered, tried to commemorate them and turned their home into a museum full of their possessions. In addition, the three sisters’ story became a source of inspiration for novels and films.

On the other hand, the day of the sisters’ assassination has become a milestone in the history of the struggle of fighting violence against women.

Making it more special, the “orange” campaign, begins on 25 and continues until the 10th of December, which is the International Human Rights Day.

This means that the campaign lasts throughout the 16 Days of Activism to end violence against women (25 November-10 December).

Through orange day, people concerned with women’s rights wear the colour orange to spread awareness on the seriousness of violence against women and urge the world to stop practicing it.

In addition, women’s rights organisations and institutions use the colour orange as a key theme unifying all activities, decorating buildings and landmarks, to bring global attention to the issue.

In 2019, the UNiTE campaign will mark the 16 Days of Activism against Gender-Based Violence under the theme, “Orange the World: Generation Equality Stands against Rape!”

While the names, times and contexts may differ, women and girls universally experience rape, sexual violence, and abuse, in times of peace or war.

Egypt and the whole world will celebrate the 16 Days of Activism against gender-based violence, until 10 December.

Concerning the governmental celebration, the National Council of Women (NCW), launched an awareness campaign “Nile Boat” in cooperation with the United Nations Development Program (UNDP) at an official ceremony hosted by the Embassy of Sweden on the occasion of the “16 Days Against Violence Against Women” campaign.

It includes the sailing of 16 different boats in the Nile during the 16 days to combat violence against women. The boats carry 16 key messages aimed at raising awareness on various issues related to women’s empowerment and gender-based violence, such as female genital mutilation, sexual harassment, and early marriage, advocating to promote female education and gender equality.

Despite the state’s effort to empower women and combat violence, the issue still persists.

There are many efforts to prevent and end violence against women at the global, regional, and national levels, that assure widespread penalisation of sexual violence and rape, but unfortunately the numbers are still surprising.

Worldwide, one in three women have experienced physical or sexual violence, mostly by an intimate partner, according to the World Health Organisation’s (WHO) global and regional estimates of violence against women in 2018.

One in two women worldwide were killed by their partners or family in 2012; while only one out of 20 men were killed under similar circumstances, according to the global study on homicide by UN Office on Drugs and Crime (UNODC) in 2013.

The number in Egypt is not different from the world, 34.1% of married women have experienced physical or sexual violence by their husbands, according to the results of economic cost survey of the existing gender violence against women in the age group (18-64 years).

Also, the results showed that 9.8% of married women have been subjected to physical, sexual, and psychological violence by their husbands.

“89.5% of women were circumcised, and more than a quarter of Egyptian women (27.4%) were married before they were 18 years old,” the economic cost survey also revealed.

The results also revealed that 1.5% of women have experienced physical and sexual violence by family members and the surrounding environment since they were 18 years old.

Egypt’s Constitution of 2014 provides for the issue of discrimination against women through Articles (11, 53 , 214). Article 11 states that “The State shall ensure equality of women and men in all civil, political, economic, social, and cultural rights in accordance with Constitution provisions”. Also, Article 53 stipulates that “Citizens are equal in law and are equal in public rights, freedoms, and duties, without distinction as to religion, creed, sex, origin, race, color, language, disability, social level, political affiliation, geography, or any other reason.”

NCW`s president Maya Morsy stated that Egypt puts fighting against violence at the top of its priorities, pointing to the legislative amendments issued in this file, including the amendment of inheritance law, and increasing the severity of punishment for FGM, as well as the punishment of harassment, kidnapping crimes, and considering any bullying or harassing through electronic message as a means of a crime punishable by law.

She explained that work is currently underway to prevent child marriage, expressing her wishes to come up with a code or a law to combat violence against women.

Morsy pointed out that the national strategy for empowering Egyptian women 2030 includes a special focus on protection.

She also referred to the existence of the National Strategy to Combat Violence against Women of 2015, that is to combat FGM, early Marriage, hoping that women’s complaints rates will decrease while their awareness increases.

In the coming points Daily News Egypt dug further into the initiatives of the NCW to combat violence.

Women’s Complaints Office was established in collaboration with the European Union in 2001 and the NCW to identify and study problems involving any discrimination against women or non-compliance with constitutional equality and to take appropriate action to address them and resolve them in an objective logical manner. The number of complaints submitted to women reached 6,889, including 296 for violence against women and 1,900 for personal status between years 2016-2018.

NCW’s campaign launched to discuss the underage marriage issue and how to combat it.  The proposed laws have been linked to a campaign of 16 days to address violence against women, in addition to the participation of all media and educational elements to face child marriage to be used in the campaign that has benefited 20,000 women.

The National Committee launched this campaign under the chairmanship of both national councils of women, childhood, and motherhood, in cooperation with many agencies, institutions, official bodies, and civil society organisations, to work on the issue of circumcision through legislation. FGM has been criminalised, and its punishment under Law No. 78 increased to become a term of imprisonment of no less than five years and not exceeding seven years. The punishment is applied to “anyone who circumcises a female or removed any of the external genitalia partially or fully or inflicted injuries to those members without justification. The belief is that the penalty shall be rigorous imprisonment if causing permanent disability or leading to death in 2016.

The Ministry of Social Solidarity has allocated safe houses for women to shelter victims of violence through centres to host and guide women or girls who are exposed to violence and have no shelter for advice or to stay for a certain period. The houses also help them overcome difficulties, solve problems, and provide social, health, psychological, and legal care through nine centres across Egypt.