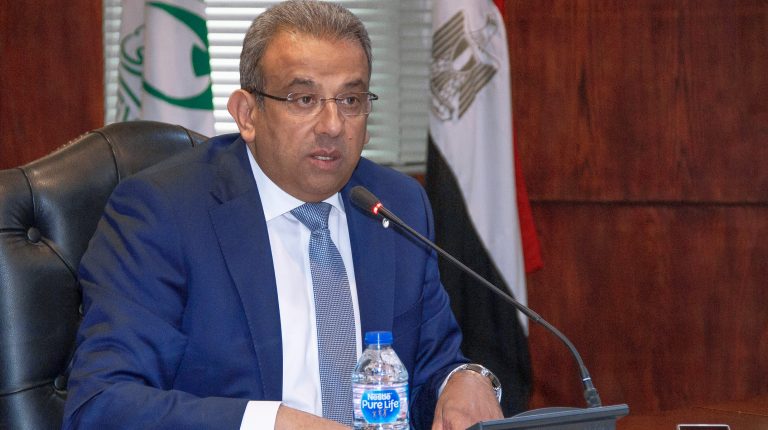 Egypt Post, the governmental agency responsible for postal service in Egypt, has completed an inventory of about 75% of its unutilized assets, which reached EGP 243bn by the end of last fiscal year (FY) 2018/19, compared to EGP 225bn in FY 2019/20.

Essam El-Saghir, chairperson of Egypt Post, said the authority has been able to raise its revenues from the service sector, which supports the growth of the body’s total revenues.

On the occasion of the Cairo ICT 2019, Daily News Egypt interviewed El-Saghir to discuss the authority’s current and future plans in line with the country’s digital transformation strategy.

What has the authority achieved during the past period in light of the country’s digital transformation strategy?

It achieved good results at all levels, in terms of services and solutions provided to the citizens and through the representation of Egypt in the international arena, along with signing cooperation agreements and protocols with other countries.

We also work under our own plan to develop Egypt Post in order to increase our  revenues and not just settle for return of investment in other sectors.

Were you able to raise your service revenues?

The authority’s revenues from services at the end of FY 2018/19 were EGP 3bn, with an increase of EGP 800m compared to the same period last year, about 25% growth.

The main reason for the increase in service revenues was the growth of investment in automation and the development of the authority’s offices and service centres nationwide.

There are over 4,000 branches of Egypt Post across the country, all interconnected through an inner network equipped with the latest devices, systems, and advanced solutions that enable them to provide post services smoothly.

What are the most revenue-generating services for the authority?

The highest revenues came from express mail and financial and electronic services, which shows the diversification of our revenue sources.

Indeed. We needed to direct investments to developing the post service infrastructure, which has not been upgraded since 2004, in order to keep up with the global development in this field.

Egypt Post now has a main information centre in the Maadi Technology Park, which improved almost all public services.

What are the total annual revenues of Egypt Post?

What is the size of Egypt Post’s deposits?

What is the size of internal money transfer through Egypt Post?

Money transfer inside Egypt through Egypt Post amounted to 1.5m operations per month, and the value of total transfers in FY 2018/19 ranged between EGP 0.8-1bn.

The authority previously announced a plan to reassess its assets, what is the current situation of this plan?

The value of the authority’s assets amounted to about EGP 243bn by the end of FY 2018/19, an increase of EGP 18bn over the same period of the previous year.

So far, the authority has completed an inventory of 75% of its assets. Some of our assets have been reutilised, while others are under study to optimise their use, which may contribute to increasing our revenues.

President Abdel Fattah Al-Sisi launched the postal code project last year, what is the current situation of this project?

Egypt Post has the largest geographical database in Egypt, thanks to the new postal code project implemented in cooperation with the Central Agency for Public Mobilization and Statistics (CAPMAS).

We started a trial activation of the postal code in the Fifth Settlement district, where each block of five buildings has a serial postal code

Moreover, the authority signed a protocol with CAPMAS last August with the aim of establishing a regulatory framework for joint cooperation in the postal code project.

According to the protocol, Egypt Post shall use digital basemaps and population and economic data newly updated by the CAPMAS, to use it in the new postal code project.

The new postal code aims to define each group of buildings using a methodology that conforms to the state’s administrative boundaries, making use of the spread of Egypt Post offices nationwide.

Any interest rate change shall be decided by specialised committees, and no decision has been made yet in this regard.

The interest rate of postal deposits is currently 9.25%, which is the highest compared to other saving vessels.

Egypt Post has cut its interest rate by 1% on saving accounts which allow withdrawal and deposit.

During the last Cairo ICT, Egypt Post launched EasyPay card, how do you see its performance?

Egypt Post has launched several new e-services to facilitate financial transactions and online shopping for citizens. These new services include launching EasyPay card that facilitates online shopping. It can be purchased and recharged through different postal service centres available nationwide. There are 2.5 million EasyPay users, and most of them are young. EasyPay cards can be used to pay for several services, including traffic tickets, bills, university fees, and transfer money electronically. Other service covered by EasyPay cards include updating ration cards, reserving flats, and paying social housing instalments.

What is the situation of the development project of Egypt Post’s printing presses?

The authority now has advanced printing presses that include the latest equipment and machinery after its recent renovation, and we currently have the most up-to-date printing presses in the Middle East.

You have signed an agreement with the Mauritania Post a few days ago to allow them to use your logistics centre for e-commerce, are there similar agreements in the near future?

During the past period, several agreements have been signed with Nigeria, Guinea, Equatorial Guinea, Ivory Coast, Libya, Sudan, and Cameroon, which reflects the regional and international role of Egypt Post.

What about the authority’s plans to provide ATMs?

The authority has installed 354 ATMs in its main offices in multiple governorates as part of its development plans. The authority intends to install 400 new machines during the coming months and before the end of the current fiscal year.

However, the new ATMs should be installed in different locations and not only in post offices to meet the customers’ needs.

What is the size of Egypt Post’s investments in treasury bills?

We have invested EGP 57bn in treasury bills, being a safe investment.

What is the situation of your investments in Etisalat Misr?

Our investment in Etisalat Misr is one of our most successful investments. We get profits of EGP 65m over the past few years. Further profits should be distributed to Etisalat Misr’s shareholders in the coming period.

This year, we will focus on showcasing our electronic and smart services.

Egypt Post cuts interest rate on its saving accounts to 8.5%