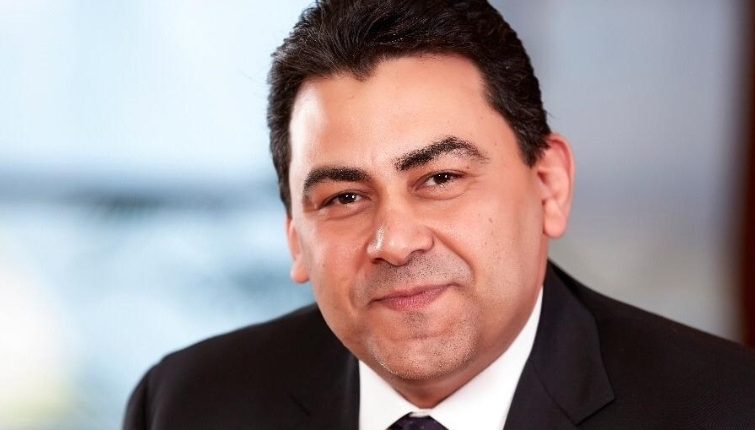 Telecom Egypt (TE) has invested about $3bn since 2014 in developing its infrastructure and replacing copper cables with fibre optic cables.

On the occasion of the Cairo ICT 2019, Daily News Egypt interviewed Hamed to know more about the company’s achievements and future plans in line with the state’s digital transformation strategy.

What are the features of the company’s plan in the coming period?

The company aims to be the technical arm of Egypt’s digital vision over the upcoming period.

The company relies on two pillars in the digital services strategy, the first is it being the communications services operator, and the second is its role in global data movement through submarine communications cables.

We are constantly injecting investments to strengthen information technology infrastructure and communication networks, and we are currently working on introducing new products and services that contribute to boosting the country’s digital transformation plan.

What are the most important services the company seeks to offer during the coming period?

The company has obtained an Internet Protocol television (IPTV) license and is currently in talks to provide digital television services, in addition to launching its electronic wallet “We Pay” for money transfer and e-payment services via mobile.

The experiences of local competitors in mobile money transfer were not good, what are your plans to avoid that?

We should raise the awareness about the importance of establishing a cashless society, which supports the state’s vision towards financial inclusion. With that in mind, the e-wallet launched by TE would allow many electronic services.

The new e-wallet allows depositing, withdrawal, and transfer of funds. Deposits and withdrawals can be made through ATMs of the contracted banks, including Banque Misr, National Bank of Egypt, Alex Bank, Banque du Caire, United Bank, Commercial International Bank, and Bank Audi.

The application also allows bill payment for WE services, including landlines, internet, mobile, and utilities like electricity, water, and gas bills.

What is the situation of the company’s plan to upgrade its infrastructure and replace copper cables with fibre optic?

The company has completed the replacement of copper cables with fibre optic in 90% of the target areas, and we will continue to extend fibre cables to new cities, estimated at 17 cities so far, in including the New Administrative Capital. TE’s investments in upgrading its infrastructure have reached $3bn since 2014.

After two years of providing mobile services, what is your assessment of the experience?

At the beginning, I want to mention that we are by far the best provider of data transmission services in Egypt in terms of quality or value of service.

Our revenues from mobile services grew during the third quarter of this year by 46% compared to the same period last year.

Moreover, Telecom Egypt’s total revenues reached EGP 19bn in the first nine months of this year, a growth of 10% compared to the same period last year.

Telecom Egypt’s net profit after taxes hit EGP 3.2bn, down 8% from the same period last year, affected by the cost of applying the early pension programme.

Are there plans to expand your services abroad?

The company is considering any expansion opportunities both inside Egypt in retail services and abroad. During the past period, agreements have been signed with major international companies including Amazon and Microsoft in the field of data centres.

What are the main projects implemented by the company in the digital transformation plan?

We have played the biggest role in transforming Port Said into a digital city where we have connected various government agencies in Port Said with fibre optic cables. The number of buildings exceeded 800, and we will continue to do so in the rest of the governorates.

The company is assigned with developing infrastructure networks for a number of governorates nationwide as a first stage in the digital transformation plan. The plan takes years and will be implemented on several stages.

The company also contributed to the establishment of the first electronic network that brings together government blood banks. The project contributes to providing safe blood for patients at all times, while bringing about 202 government blood banks in one network through the e-linking project. This would allow decision makers to know about the places that offer blood, and areas with deficits in blood across the entire country.

The project facilitates redistribution when needed. The electronic network currently includes blood banks of the Ministry of Health. The project also supports the provision of equipment and supplies for national blood service centres and the general administration of blood banks in government hospitals in all governorates.