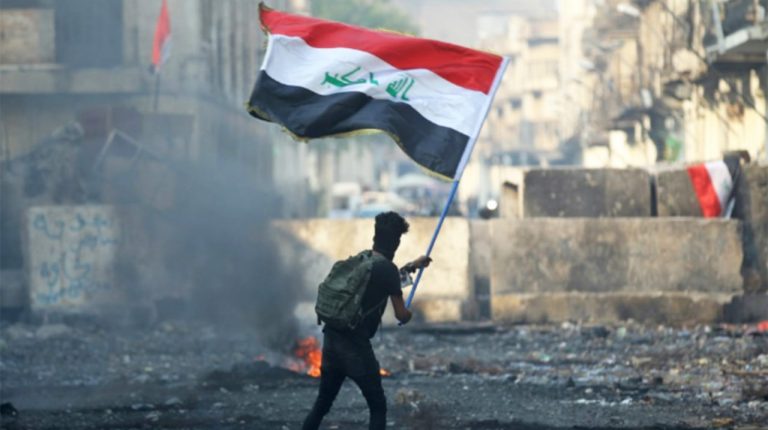 Iraqi parliament approved the resignation of the Prime Minister Adel Abdul Mahdi during an urgent session on Sunday.

The vote comes two days after Abdul Mahdi announced his intention to resign, following a request by the country’s top Shiite religious authority to withdraw confidence from the government. It also came following two months of a wave of protests that killed more than 420 people.

During the session, the Parliament Speaker Mohamed Halbousi said that he addressed the President to nominate a new prime minister in accordance with Article 76 of the Iraqi Constitution.

Lawmakers said Abdul-Mahdi’s government, including the prime minister himself, would stay on in a caretaker capacity following Sunday’s vote until a new government was chosen.

Under the Constitution, President Barham Salih is expected to ask the largest bloc in the parliament to nominate a new prime minister to form a government, a move expected to trigger weeks of political wrangling.

Demonstrations are still erupting in Baghdad and other southern regions where security forces killed one protester and wounded nine others near a key bridge in the capital on Sunday, police and medical sources said.

Although Abdul Mahdi announced his resignation, Iraqis kept up anti-government protests in Baghdad and the south on Saturday, unsatisfied with the PM’s resignation alone and insisting that the entire system should quit, believing that they are corrupt and beholden to foreign powers.

Also, on Sunday, an Iraqi court sentenced to death high-ranking police officer Tarek Al-Jabri, and handed seven years of imprisonment to officer Omar Al-Saadoun, both on charges of killing demonstrators in peaceful demonstrations.

This came after a lawsuit was filed by two of the seven families that had an innocent family member shot dead on 2 November in Kut City.

The verdict marks the first of its kind since the beginning of mass protests in the country two months ago, in which hundreds were killed.