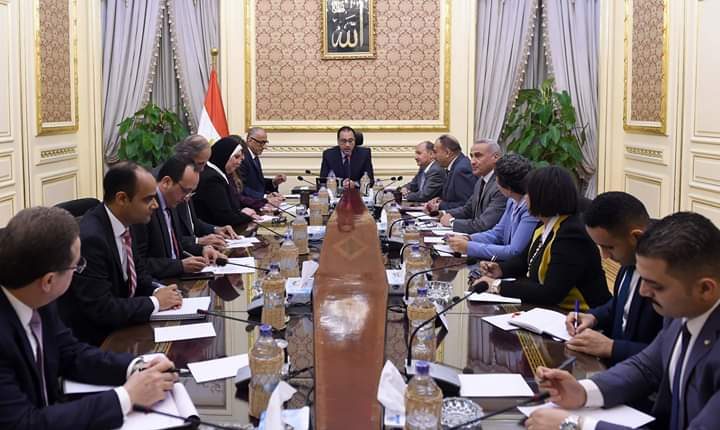 Prime Minister Mostafa Madbouly held a meeting on Sunday evening with the Governor of the Central Bank of Egypt (CBE) Tarek Amer in preparation for announcing an initiative to support the industrial sector.

Sources close to the matter told Daily News Egypt that the initiative is expected to be announced next Wednesday, among other initiatives announced by the prime minister, aimed at revitalising the Egyptian economy.

Advisor Nader Saad, the spokesman for the cabinet, said that the meeting discussed the details of the initiative to support the industrial sector, which the government is preparing alongside the CBE. The initiative is under the directives of President Abdel Fattah Al-Sisi, to provide the necessary and full support for this sector.

The Prime Minister said that there are about 4,500 factories for small and medium industries being implemented by the state and is coordinating with the CBE to support the beneficiaries, with the goal of manufacturing at this stage.

He pointed out that SMEs and industry, in general, are in the government’s plans at this stage.

He explained that the government has already taken to solve the problems of exporters through the start of disbursement of late dues and agree on a clear programme to stimulate exports and the launch of the reservation portal for industrial land.

The government is also currently working to provide soft financing for manufacturers, while giving preferential advantages for the industries needed, with priority funding.

For his part, Amer explained that banks are fully ready to provide any volume of financing, and there is liquidity available.