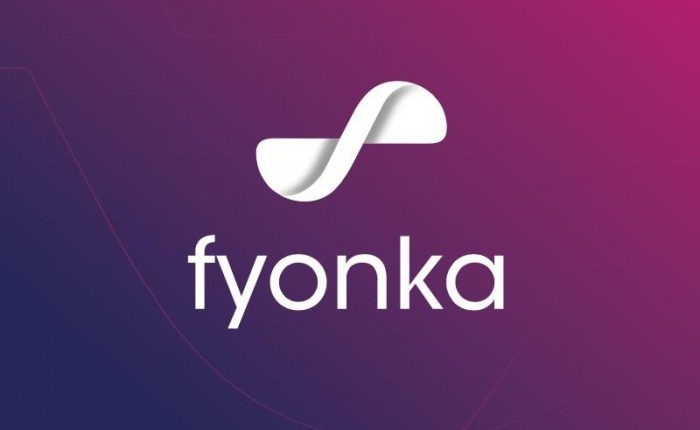 The three men studied at the Hult International Business School in the UK and then returned to Cairo in 2015. They separated into their respective fields in various jobs before they came back together to the launch the app.

As part of the company’s expansion, Fyonka is preparing to launch its scooter services in Alexandria in April 2020 since users tend to use ride-hailing services to avoid the congestions of the city roads. However, they also consider expanding scooters services in Cairo and other cities around the country in the future. 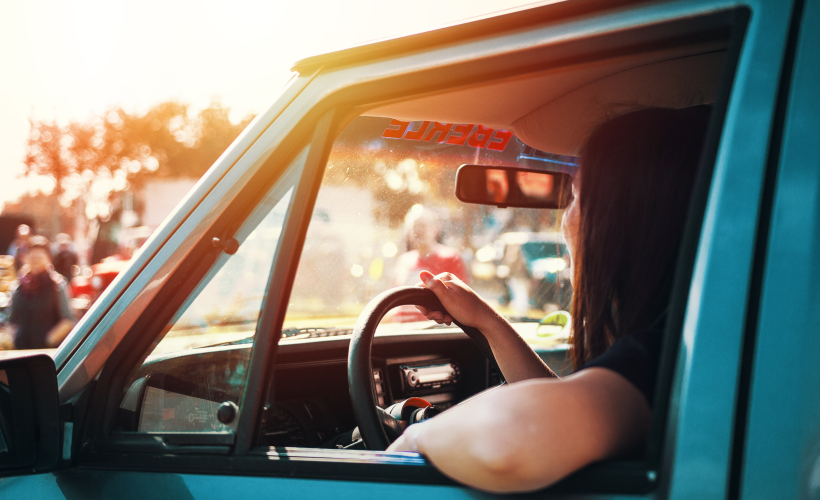 “We believe this scooter service will rapidly grow. We aim to break boundaries imposed on women. We encourage women to challenge the social culture that restricts them,” Hussein and Shaaban said.

Despite the differences, the new service is competing with the two major ride-hailing companies operating in Egypt, the US-based Uber and UAE based Careem, as both companies are also rushing to provide their commuters, especially women with safer rides and provide females, yet on small scale, with job opportunities.

The ride-hailing companies are providing Egyptian women with alterative transport that is described by users as better than white taxi and public transport despite complaints over high prices and drivers’ performances. Besides, women often face sexual harassments in the streets and in vehicles. According to a study by the United Nations in 2013, 99.3% of women surveyed have been subject to sexual harassment in Egypt.

Therefore, enjoying a female-only ride hailing service could eliminate any possible harassment or any sense of being unsafe as the commuter and the driver are both females.

“When we were in London, we were inspired by how free women are to work in whatever they want, including driving the UK underground and public buses. We think that there should not be any boundaries or restrictions on women work. Women have to play more positive roles in the society,” Hussein told Daily News Egypt.

Hussein added that when they returned to Cairo, Uber and Careem were already operating in Egypt, and they observed how both companies are providing job opportunities for a wide range of Egyptian people.

However, Hussein added, that they noticed the number of female drivers is less than male drivers. “When you look at this job (ride-hailing services), you would feel that it was originally founded for women, due to the flexibility of working hours,” Hussien highlighted.

Moreover, Hussein said that housewives could use this as a job opportunity to choose their work schedule without being committed to specific working hours. “It gives them a decent income and they could choose the time they want to work flexibly,” Hussein added.

“Fyonka is not only about providing female commuters with safer rides it as also about allowing women to be a part of the ride-hailing industry as partners,” Shaaban told DNE.

Shaaban added that Fyonka offers female drivers who worry about cultural restrictions of riding with males the opportunity commute normally.

“There are women who want to break into the ride-hailing industry but they face opposition from their spouses or families. Fyonka overcomes such challenges and offers job opportunities with female commuters,” Shaaban pointed out.

Since Uber launched in 2014, almost 160,000 driver-partners were working with the company, but there is no clear data on the number of female drivers.

For Careem, it also created between 60,000 and 70,000 jobs per month across more than 100 cities in 14 countries according to their website. The company now has one million captains, including a small number of female drivers in Egypt, Jordan, Lebanon, Morocco, Pakistan, UAE, and Saudi Arabia. 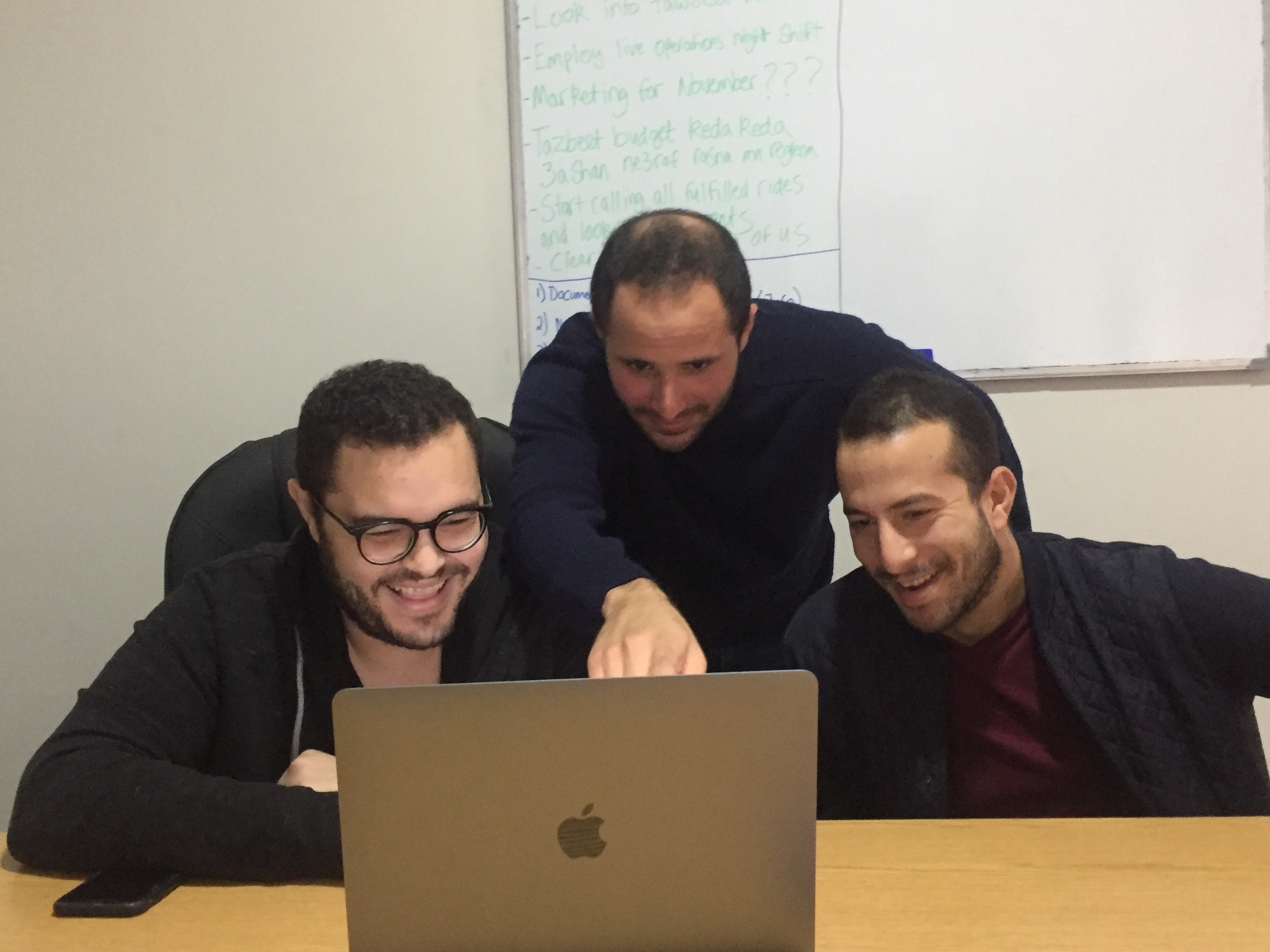 Women’s contribution in the labour force is 20.9% of the total labour force (15 years and up) compared to 79.1% for men, according to Central Agency for Public Mobilization and Statistics (CAPMAS) 2019 report. But the percentage of females who work permanently was 89.3% compared to 67.1% for males, the report added.

2000 trips in November only

Fyonka only operates from 8:00 am to 12:00 pm daily, but this is temporary. Hussien said that the limited hours are due to the limited number of female captains. “Very soon we will operate until 3:00 am,” Hussein noted.

On the other hand, Shaaban said that the company offers training for drivers and requires driving licences and drug tests among other list of requirements. There is no specific age for being a female partner for Fyonka, but she has to be above 18.

Hussein revealed that around 100 drivers are operating daily and 300 on standby. The highest number of trips so far has been 200 trips in November.

Hussein said that recently there is an increase in ride requests. “We only meet 40% of these requests because of the number of partners and the areas we are working in.”

Meanwhile, Shaaban said that there are always plans to expand in new areas or cities and even in the Middle East. However, they are not considering collective transport at this time.

On competing with Uber and Careem, Shaaban said that their model is similar, but they differ in other points. “Our services are different because we are not branding ourselves as ride-hailing service but as a brand for women. It is only for females.”

“We are not competing on the same (male) drivers, but we push women to enter the field,” Shaaban noted.

Shaaban said that Fyonka rides begin at a flat fee of EGP15, but there are no high fares if there is traffic, Hussein noted. However, he added that the company is planning to increase its prices in 2020.