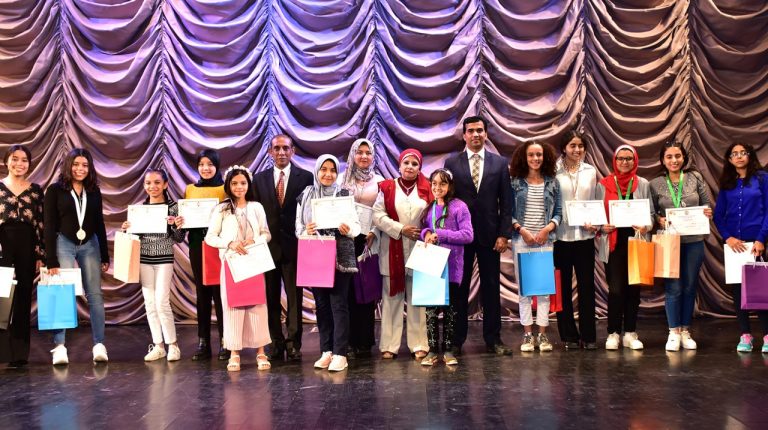 The Maulana Azad Centre for Indian Culture (MACIC) held the celebration ceremony earlier this week, followed by an open exhibition of the winning drawings.

This year’s competition took place in Fayoum, Mansoura, Sharqiya, and Cairo from 27 November to 1 December.

Glimpses of India is a drawing competition for young children held every year, coinciding with the birthday of Indian leader Mahatma Gandhi, to commemorate his achievements as the father of the Indian nation. The event is annually organised by the MACIC.

The competition encourages children to draw sceneries of Indian festivals, art forms, monuments, touristic places, and monuments as well as the India of their dreams.

This year, around 16,000 children between the ages of 6-18 from over 1600 schools in twelve governorates participated in the competition.

About 225 prize-winning entries were selected by a seven-member jury under different categories. The prizes were also awarded to ten differently qualified participants.

The winners were honoured by Indian Ambassador to Egypt Rahul Kulshreshth, and the General Manager of Art Education Development Department at the Ministry of Education, Rabab Abdelmohsen Imam.