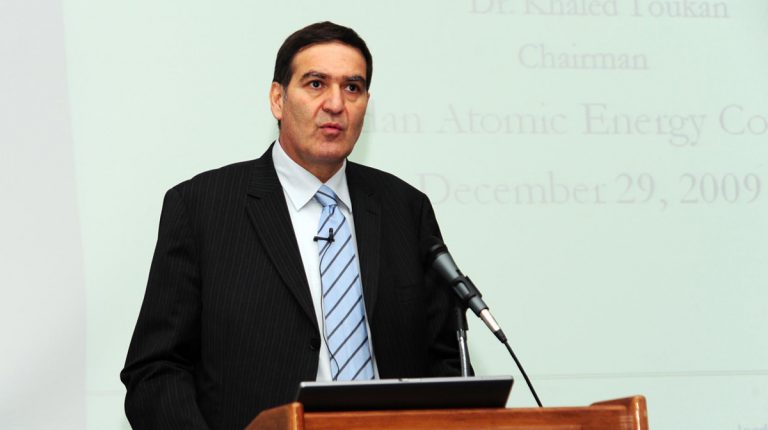 Toukan, said that there have been meetings with officials of the Egyptian Atomic Energy Authority and the Nuclear Materials Authority over the past months to exchange experiences and information about the black sand and extracted minerals such as Monazite.

He told Daily News Egypt on the sidelines of the fifth Arab Forum on the Prospects Nuclear Power for Electricity Generation and Desalination of Seawater with Nuclear Energy, that  Jordan’s uranium reserves are estimated at 100,000 tonnes, “we are focusing on utilising these reserves despite their low concentration.”

The proposed agreement with Egypt, includes cooperation in the fields of research and exploration of nuclear ores, exploitation, extraction of uranium from phosphate ores, usage of nuclear energy to produce electric power, water desalination, and usage of applied researches in the peaceful use of atomic energy using research reactors.

He revealed a study to establish an Arab regional centre for nuclear fuel production, including, Egypt, Jordan and the United Arab Emirates.

He pointed out that the initial estimates for implementing this centre amounted to $1bn, and was discussed earlier in the Arab League. Once it starts the implementation, it will be addressed to the International Atomic Energy Agency for approval.

He pointed out that Jordan has signed 16 agreements in the field of atomic energy, including a memorandum of understanding with Egypt and an agreement with Saudi Arabia.

A source at the Nuclear Material Authority said that Egypt has a reserve of 300m tonnes of black sand, enough for 20 years exploitation, and contains six important minerals, Almenite, Magnetite, Rotail, Zircon, Garnet, and Monazite.