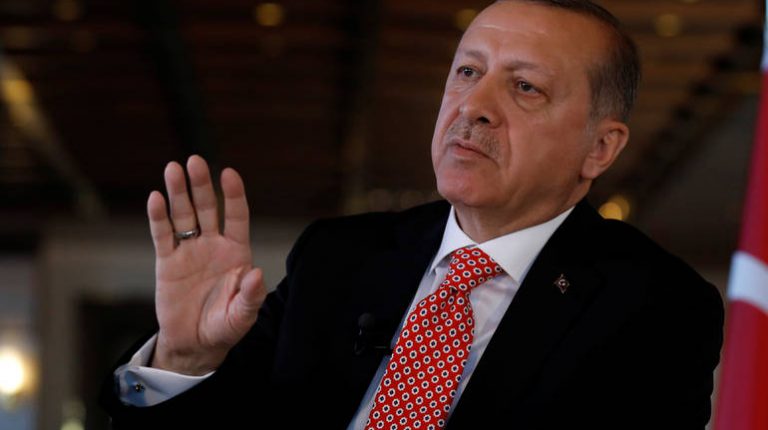 French President Emmanuel Macron slammed Turkey for buying Russian air defence systems, saying, “How is it possible for Turkey to be a NATO member and at the same time buy S-400 from Russia. Technically it is not possible,” he stressed.

Macron’s statement came during a press conference with US President Donald Trump on the sidelines of the NATO London summit on Tuesday.

He added, “They [Turkey] decided not to be compliant with NATO” and slammed Turkey for the fact that they “sometimes works with ISIS proxies.”

Macron has been one of the most vocal critics of Ankara’s Syria offensive, which he described as a humanitarian disaster.

Although Britain and Germany do not approve the Turkish offensive, they believe it would be a major strategic blunder if the criticism caused Turkey to leave NATO, to establish a new alliance with Russia.

On the other hand, Turkish President Recep Tayyip Erdogan threatened early on Tuesday to block a defence plan for the Baltic, as a way to pressure NATO allies to support the Turkish fight in Syria, said both local and international media.

Referring to the Kurdish YPG in Syria, Erdogan told reporters that “If our NATO allies do not recognise the organisation we are fighting against as a terrorist, we will stand against any step that will be taken there (at the NATO summit).”

Meanwhile, US Defense Secretary Mark Esper called upon Turkey to stop blocking NATO’s defence plan for the Baltics and Poland, looking to receive support for its fight against the Kurdish YPG in Syria.

“Not everybody is willing to sign up to their agenda. Not everybody sees the threats they see,” Esper was quoted as saying.

He also explained that the US will not support defining the YPG as terrorists and breaking the impasse, adding that alliance unity and readiness mean focusing on the bigger issues, and the bigger issue being the readiness of the NATO alliance.