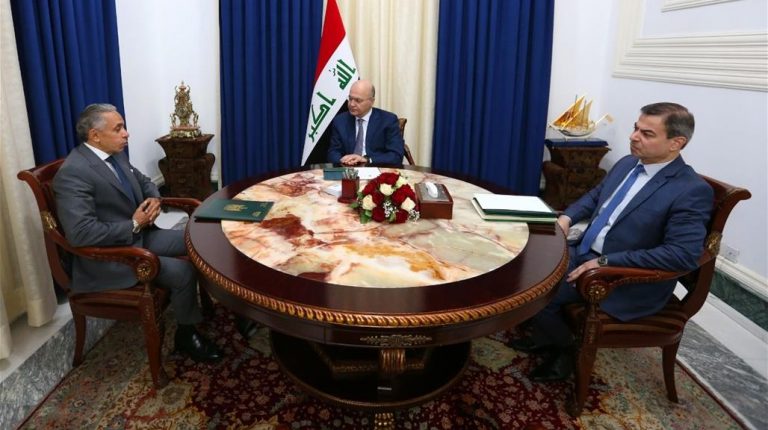 Iraq’s President Barham Salih received on Wednesday, the Egyptian Ambassador to Iraq Alaa Moussa at As-Salam Palace in Baghdad, where he conveyed a message from Al-Sisi expressing his full support for security and stability in Iraq.

During the meeting, the two sides asserted the importance of enhancing bilateral relations between to serve mutual interests. They also reviewed the latest developments in the Arab region and around the world and the need to consolidate peace and stability in the region.

The meeting took place during a very tense political situation in Iraq, as anti-government protests have lasted over two months and have lead to the resignation of Prime Minister Adil Abdul-Mahdi five days ago.

However, a violent crackdown by Iraqi security forces on demonstrators has left more than 400 dead, with over 12,000 injured, prompting the UN to demand the government to investigate the use of violence against protesters.

Escalating the unrest, nine security forces were killed on Wednesday when a bomb exploded near the Iraqi Central Bank in Baghdad, while 13 others suffered from asphyxia when security forces fired tear gas on the protesters in central Baghdad.