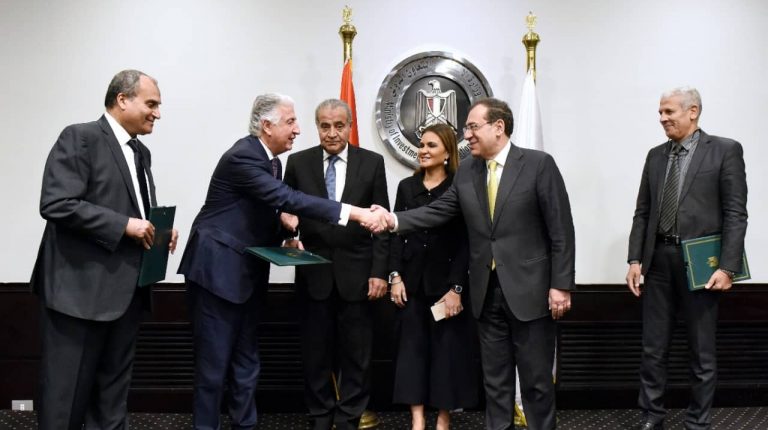 The International Islamic Trade Finance Corporation (ITFC) signed an agreement with Egypt on Wednesday, through which Egypt will receive $1.1bn to help the country with imports of petroleum products and basic commodities in 2020, according to Egypt’s Petroleum, Investment and International Cooperation and Supply and Internal Trade ministries.

The funds are within the $3bn agreement framework between Egypt and ITFC that was signed in January 2018.

Commenting on the agreement, Supply and Internal Trade Minister Ali Moselhy praised this partnership, describing it as a genuine move from the ITFC to provide more basic commodities to citizens.

Egypt’s Minister of Investment and International Cooperation Sahar Nasr pointed out to that this agreement is a priority for the government to provide basic commodities to about 64 million.

She stressed the strategic relationship between Egypt and the ITFC, pointing out that it has been continuously present with Egypt in various projects.

the successful cooperation between the two sides for the coming years, and to further expand its cooperation, development, and diversify its fields.

In response, ITFC’s CEO Hani Salem Sonbol, stated that the ITFC recognizes the tremendous strategic importance of this agreement, which will strengthen the ITFC’s relationship with both

the government and the Egyptian people.

“This agreement focuses not only on financing, but also on trade and business development programmes that will support Egyptian exporters through the Arab-African trade bridges programme in cooperation with Egyptian authorities, especially the Export Development Authority. In addition to that, the agreement will also support the “Better Cotton Initiative,” which was implemented by the U.N. Industrial Development Organisation,” he explained.

“We are looking forward to a successful and prosperous partnership over the coming years,” he assured.