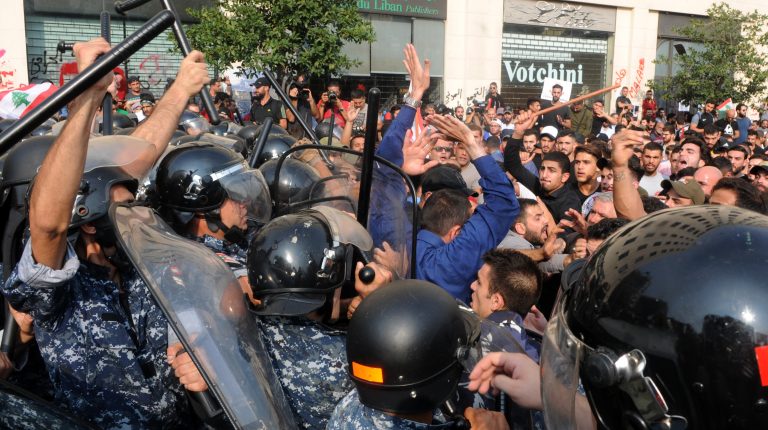 Violent clashes broke out in Lebanon’s streets between protesters and security forces after demonstrators attempted to block a main road known as the Ring Bridge in central Beirut, expressing their refusal of the new candidate for the prime minister position.

Late on Tuesday, hundreds of protesters participated in demonstrations against the formation a proposed government, hours after the Lebanese outgoing Prime Minister Saad Hariri declared his support for the nomination of the Businessman Samir Khatib to become the country’s next premier.

After the protesters blocked the Ring Bridge, security forces used physical force as well as tear gas to disperse protesters, which resulted in cases of asphyxia. Anti-riot police had also beaten the protesters in order to open the roads.

In Tripoli, the protesters also blocked main roads, and blocked other roads in eastern Lebanon in Beqaa governorate.

Speaking to reporters Tuesday night, Hariri said he backs Khatib to become the country’s next prime minister saying that, “there are still some details and God willing something good will happen.” He added that “everyone is trying to pass through this difficult period”.

Meanwhile many demonstrators protested outside Khatib’s house, expressing their refusal of his nomination and chanted against him.

Khatib heads one of Lebanon’s largest engineering and contracting companies and did not hold any political roles in the past.