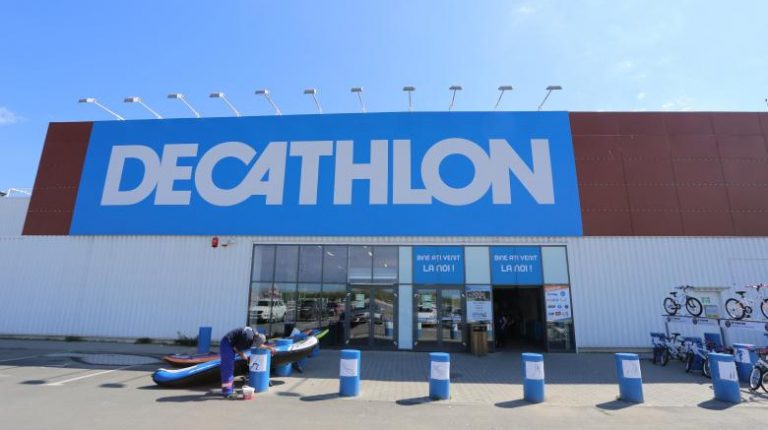 Decathlon Egypt, a subsidiary of the French sporting goods retailer, Decathlon Group, inaugurated early this week its new branch at City Center Mall in Heliopolis in the presence of French ambassador to Cairo, Stéphane Romatet.

The new branch is an outstanding shopping centre that boats a wide range of sporting products, such as sportswear, shoes, and equipment for sports-lovers of all types. It strives to make sports requirements within the reach of everybody at affordable prices. The branch also aims to offer impetus for sportspeople and boost the company’s standing in the Egyptian market.

Decathlon Egypt Country Manager, Eric Bodhuin said the opening of the new branch, the third by the outstanding French trademark in Egypt, comes to showcase the importance of the Egyptian market where the vast majority of consumers is made up of youth under the age of 25.

The opening of the branch, he added, is also part of the expansion plan of the company, which works to create a network of branches that cover all areas and governorates in Egypt.

“This will help us bring our distinguishe products to our clients in all geographical areas,” Bodhuin said. “It will also contribute to boosting the Egyptian economy and bolstering Egypt’s standing as a regional shopping hub.”

He said the network of branches would also bring original sports tools and wear at consumers’ doorstep, instead of buying them from abroad. Decathlon, Bodhuin added, works to spread the sports culture in the Egyptian society.

“We have a large and strong institution that aims at promoting the sporting mindset,” Bodhuin said. He noted that Decathlon’s products are made to fit all people who want to practice sports.

Decathlon, he said, has become more than just a sporting trademark. “It has become a style of life,” Bodhuin added.

Studies conducted on Decathlon clients showed high demand among Egyptians for the products of the company, according to Country Expansion Manager, Abdurrahman Ahmed.

Ahmed said this turned the opening of new branches a top priority for the leading French sporting goods retailer.

The new branch is constructed over 3,000 square meters at City Center Mall in Almaza, Heliopolis, a prime shopping and commercial district that enjoys a superb geographical location.

It will serve a large number of residents in Heliopolis, Nasr City, and surrounding areas.

“We expect the new branch to be popular among consumers in these areas, thanks to the wonderful reputation Decathlon enjoys as a leading sporting goods brand,” Ahmed noted.

Bodhuin highlighted the importance of presenting consumers with an excellent experience for Decathlon.

He said the company does this by bringing together tools and requirements under superlative trademarks.

“This is the logic behind the inauguration of the new branch of Decathlon,” Bodhuin said. “This is a new outlet for the French trademark in the Egyptian market.”

He said Decathlon would continue to expand and offer an enjoying shopping experience for its clients.

All the company’s workers, he said, are sports professionals.

“Each of these people work in their field of interest,” Bodhuin said. “This makes them capable of helping clients pick up the best products that fit them.”