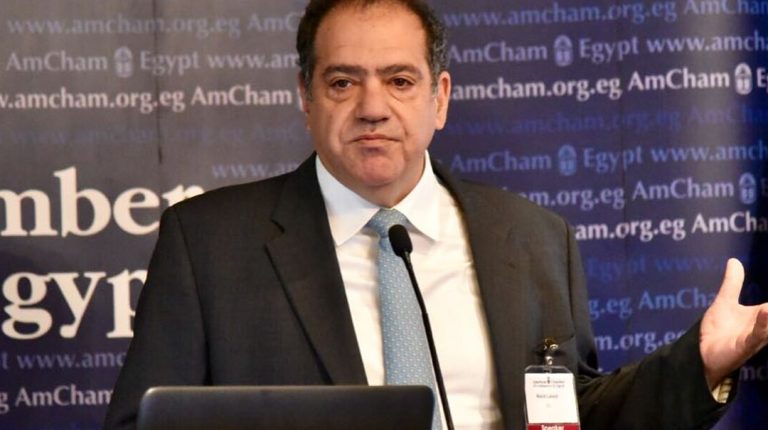 Following the recent Investment for Africa Forum held in Egypt on November 22nd and 23rd, we share highlights of IFC’s approach to private sector development in one of the Middle East’s largest economies.

What is IFC’s Strategy in Egypt for the upcoming 3-5 years?

As a member of the World Bank Group, IFC is dedicated to fighting poverty and creating economic opportunities in Egypt.  We do that by both advising and investing in private sector companies that have the potential to create jobs and drive innovation.

It’s our core belief that if we can unlock the potential of Egypt’s private sector, we can start generating the type of sustainable, long-term growth that will make life better for people across the country.

In cooperation with the government and other institutions at the World Bank Group, we’ve developed our strategy for the next five years. Our strategy places a strong emphasis on creating jobs, especially for young people.

As well, we’ll continue to invest in renewable energy, especially solar and wind, two areas where we have been extremely active in recent years. We’ll forge ahead with our work to support small businesses, which are the backbone of this country’s economy, and we’ll look at new investments in areas like manufacturing, agribusiness, banking, and digital technology.

How much has IFC invested in Egypt during FY19?

Egypt is a priority country for us. In the 2019 fiscal year, which ended June 30th, we invested $307m here. In fact, we have more money invested in Egypt—over $4bn—than in any other country in the Middle East and North Africa. And IFC’s portfolio here is the fifth-highest of any country in the world. Incidentally, we also have a very active advisory services program. Last year, we launched 13 advisory projects to support entrepreneurship, promote gender equality, and expand public-private partnerships.

In the first half of fiscal year 2020, we invested $84m in a private wind farm on the Gulf of Suez and we plan to close another $120m deal with a leading healthcare service provider to improve healthcare services in Egypt and Morocco.

You mentioned that creating jobs is a priority to IFC in Egypt, can you elaborate more on this?

As I mentioned before, we focus on projects that improve the lives of Egyptians and one of the most pressing issues facing this country is joblessness. With 80 million Egyptians entering the labor force within the next 10 years, creating jobs will be Egypt’s biggest economic challenge. So many of our projects are designed to generate employment.

Let me give you one example that we’re proud of. In fiscal year 2018, IFC invested and mobilized $653m to develop 13 solar power projects near Aswan, in what will be the world’s largest solar park, Benban. The project not only reaffirmed our long-term commitment to Egypt’s ongoing energy reforms, but also helped create 6,000 jobs for the local community in Upper Egypt.

Manufacturing also plays a critical role in improving the country’s competitiveness and helps create jobs. In fiscal year 2018, we made two significant investments in the manufacturing and agribusiness sectors. We invested $100m in Middle East Glass to help the company increase production, which will generate 4,000 direct and indirect jobs. We also provided a financing package of $30m to Edita, a leading Egyptian snack food manufacturer, to help the company expand in Egypt and establish a new production facility in Morocco. This expansion will help Edita create up to 2,000 jobs.

How did the reform program help Egypt’s economy?

Egypt’s economy has improved dramatically since the government launched a series of fiscal reforms in November 2016.

Real GDP growth reached 5.6 percent in FY19, up from 5.3 percent in FY18. Data for the first nine months of FY19 show that this pickup is driven by net exports, as goods and services exports inched up in tandem with a contraction of oil imports (supported by the increase in natural gas production).

As well, private investment is picking up and net exports are improving, which are hugely positive signs.

Assuming a continuation of macroeconomic reforms and a gradual improvement in the business environment, economic growth is expected to reach 6 percent by FY21, supported by a recovery in private consumption, investments and exports (notably in tourism and gas).

How do you plan to expand IFC’s program in Egypt?

We plan to ramp up our investments in Egypt in the coming years. One area we are very bullish about is renewable energy. As you know, Egypt has tremendous potential when it comes to wind and solar power. For years, though, the electricity sector was dominated by the state and progress in renewables was slow. But the sector is finally opening up to private investment and major projects are coming online. For example, the Benban solar array is privately run. We also recently invested in a private 252-megawatt wind farm, called West Bakr, on the Gulf of Suez.

I think these projects are just the beginning. Egypt has the potential to become a renewable energy powerhouse and the private sector can play an important role in making that happen.

Also, when I look at logistics and transport, I see opportunities. For example, Egypt enjoys a strategic geographical location, and its ports are ranked 18th worldwide for competitiveness. Even more private sector investment in ports could help turn Egypt into a regional hub for shipping.

Egypt’s ICT sector is another area with plenty of potential. Some $4.5 billion in investment are needed to bring the country’s information technology infrastructure in line with global standards. Internet penetration is as low as 45 percent and the country’s internet speeds are among the slowest globally. Investments in fiber optic technology, particularly, will help improve service and spur the development of the IT sector.

We also see great potential in the financial sector, especially with banks and microfinance institutions. As you know, access to capital is a major challenge in Egypt, especially for small and medium enterprises. We’re working with banks to help them develop financial products that cater to SMEs. We’re also looking at investments in banks and financial institutions to help them expand their lending to SMEs. In fact, that’s something we’ve already done, investing $100m in both AIB and CIB.

Attractiveness of Egypt for Foreign direct investment: what is needed to be done?

Egypt is already becoming more appealing to outside investors. The government has worked hard to improve the business climate, adopting new laws on investments and insolvency, while simplifying licensing procedures.  But it needs to do more if it wants to really ramp up foreign investment.  Reforms are needed in competition policy, public procurement, the management of state-owned-enterprises, and land allocation.  The Government also needs to create more space for the private sector by creating bankable PPP models in water and ports, opening Telecom infrastructure to private investment, and monetizing state-owned operating power assets. If the government can make those changes, it would jumpstart the growth of the private sector, which would be a good thing for all Egyptians.