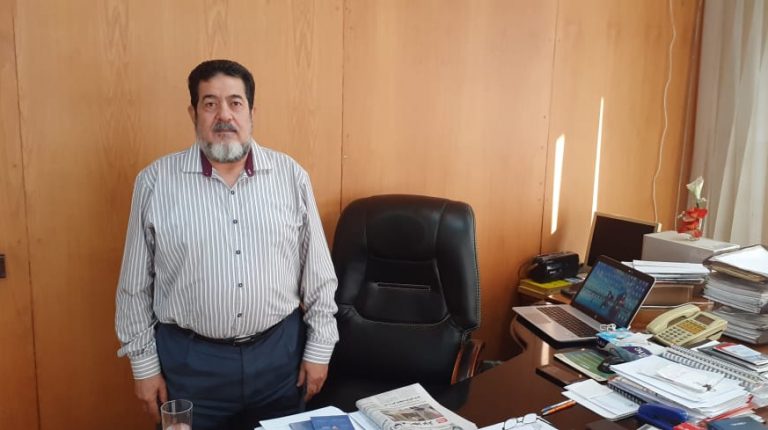 Industrialisation is the locomotive of any real development in any country. The metal industries in specific is a strong and steady economy that is not easily affected like the rest of the sectors. In Egypt, the industrial sector suffers from many problems, starting from the high cost of products and imported raw materials, to frequent red tape.

DNE talked to Mohamed Hanafy, director of the Chamber of Metallurgical Industries at the Federation of Egyptian Industries (FEI), to understand the crises of the most important sectors such as iron, aluminium, gold, and quarries, and to tackle the role of the federation in providing solutions to those crises.

Is there a crisis with the amount of iron in Egypt?

No, Egypt now has self-sufficiency in iron, there is no imported iron in the domestic market and 100% of iron is from the local industry.

We produce 8.2m tonnes per year, but there is a decline in purchasing power now, and the production is according to market needs.

The factories now produce 7.2m tonnes, and the consumption of iron is divided into iron for the infrastructure and iron buildings of the state, which has a large movement in sales up to 90%. There is also iron for consumption, which is used in buildings in the units created by private companies and people, and it is almost halted currently.

The total production capacity of the factories is approaching 13m tonnes per year, but the market does not need this amount.

Is there a crisis with energy in the iron industry?

The current gas prices for the factories are at $ 5.5 per million thermal units which still represents a rise in the cost of production, challenging the national industries in general as well as electricity prices.

A study by the committee for re-pricing energy revealed that gas prices for factories in many countries varied between $ 3.2 to $ 3.6 per million thermal units.

In the Gulf states, for example, gas prices to factories reach $1.2 per million thermal units. It is a must to reconsider pricing energy to reach a fair price of natural gas and electricity.

As we said, the productivity of factories in Egypt outweighs domestic demand. The solution to the continued productivity of these factories is to penetrate foreign markets and open export channels. This will be done only by reducing the production cost and the first step is to reduce energy pricing is to create a competitive advantage for the Egyptian product in foreign markets.

Why have iron prices soared recently after falling and does it affect property prices?

The reason for the recent rise in iron prices is the rise in the prices of international billet and scrap materials, which exceeded $500 per tonne. It started the trade war between the US and China which negatively affects raw materials prices worldwide, but the iron percentage does not exceed 6% of the unit’s price cost. There is no justification for the high prices of housing units in this exaggerated manner.

Why can’t we compete abroad in exporting iron?

Three specific factors increase the cost of producing iron and other materials, including fuel, energy, and the cumulative interests of banks. We talked about fuel prices and their rise. The cost to deliver electricity ranges between 90 piasters to 95 piasters for a factory, however, it is charged for 120-130 piasters. Negotiations continue to reduce the electricity delivery price to the factories.

Financing expenses represent a crisis. The outside world has zero interest rates or half a percent. Here, they range from $15 to $17. This is a huge dilemma.

Therefore, we suggested that the interests on raw materials of the factories be 5% like small industries.

What are the reasons for the decline in aluminium prices, and why does it change so much?

And global metal prices fell between $ 100 and $ 150 per tonne, which affects the prices of domestic product.

Regarding quarries, how can they be exploited?

We have a lot of quarry materials, which are additives in certain manufacturing processes. For example, in terms of sand, we have enough reserves for 500 years, so why can’t we export it? Is it because it is a mineral? That is wrong and nobody does that.

The most prominent obstacles that impede the work of the Mineral Resources Authority and how to benefit economically from the wealth of mines and quarries are the applied problems and specific procedures and the executive regulations of the law. Most of the obstacles are procedural processes regarding how to organise work on quarries or transfer its dependence onto the geological survey that measures mineral wealth in Egypt. These are the same reasons that appeared with the Industrial Development Authority in the implementation of Law 15 of 2017 on facilitating the procedures for granting licenses for industrial establishments and its executive regulations.

What are the main obstacles you see in the new law?

The method of implementing the law governs the extent of its success. One of the most prominent problems after the adoption of the law amendments, is that there is a large number of bodies that will have the right to collect royalties, as the law specified several bodies to receive them, which may cause the owners of the mines or quarries to close the mines and leave the sector.

Are these royalties high?

Did the investment incentive laws affect the situation?

Despite the efforts of the state and the ministry, the numbers of direct investment are declining due to the routine and the old vision. Any comparison with the figures would show this.

What about cement factories and demanding state intervention?

The cement industry faces many barriers. It is assumed that we have a competitive advantage which is energy. However, high energy prices and dependence on coal raise the cost price hinder competition, and the state will not intervene. The state is no longer allowed to be involved in market prices.

Regarding the FEI, how will you deal with the amendments to the new elections law?

Why didn’t you submit those remarks?

Our opinion was not asked for, rather, we were surprised to see the law approved by the House of Representatives and we were asked to amend the executive regulations of the new law. The second problem is that there is more than one classification of the size of industries according to several bodies.

Topics: energy FEI Mohamed Hanafy the Chamber of Metallurgical Industries at the Federation of Egyptian Industries