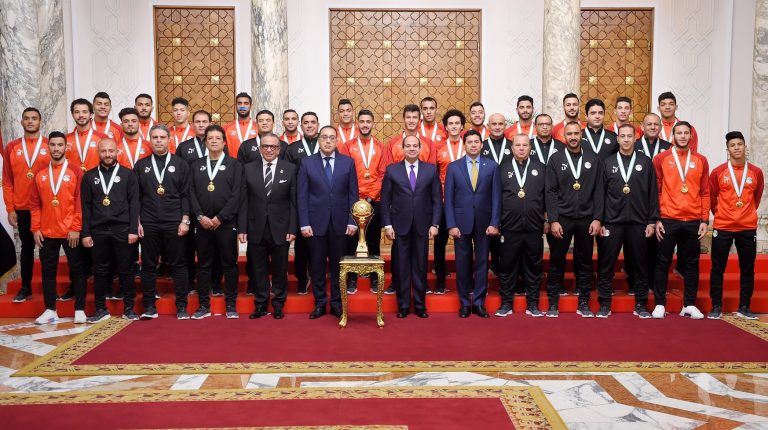 The honouring ceremony was attended by Prime Minister Mostafa Madbouly, Minister of Youth and Sports Ashraf Sobhy, as well as the presidents and officials of the relevant national sports federations. Bassam Rady, spokesperson for the presidency, said that the president praised the achievements of the champions and their contribution to strengthening Egypt’s position on the regional and international sporting field, stressing his appreciation to Egypt’s athletes for being role models for youth.

In this context, the president directed the provision of the necessary capabilities to the Egyptian athletes’ champions and their full support in order to ensure their continued achievements.

For their part, the honoured athletes expressed their pride in being honoured by the president, which reflects the appreciation and care of the president for distinguished athletes in Egypt, as well as the additional incentive for them to raise the name of Egypt high in sports forums.