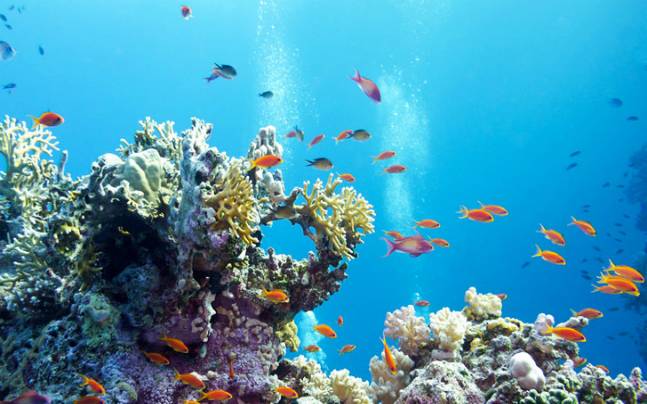 Coral reefs tourism is a significant component of Egypt’s beach tourism, as the country which has two large coasts in the Mediterranean and Red seas gains about $7 bn per year from this sector of coastal tourism. However, due to climate change, all of this could change in just a few years.

According to a recent study by a team of international researchers, Egypt, among other coastal countries in the world such as Mexico, Indonesia, Maldives, Malaysia, Australia, and Thailand, are at risk of losing about 95% of their income from coral reef tourism if world nations don’t take serious action in combatting the rise of planet-warming emissions.

Despite Egypt’s coral reefs’ situation, it is not the worst among the list of countries affected by the rise of global warming, but is believed to be highly affected in terms of economics as Egypt ranks number one in the world in terms of countries with the highest coral reef tourism values, gaining $ 6bn. It could suffer from 94% income cuts in revenues by 2100.

The paper which was highlighted on the sidelines of the UN Climate Change Conference (COP25) in Madrid, Spain last week, was commissioned by the leaders of 14 countries with ocean-dependent economies and looked at ocean fisheries seafood cultivation industries, and coral reef tourism.

Findings from the paper illustrated that coral reef tourism is not the only tourism sector that will be impacted by climate change, but also other non-reef coastal attractions such as the coastal glaciers in Ilulissat Icefjord, Denmark, a UNESCO World Heritage site, and coastal cities like Venice, Italy or Alexandria, Egypt.

“Coastal tourism and other marine-related recreational activities contributes substantially to the tourism sector. Around 121 million people each year participate in ocean-based tourism, spending $47bn in 2003 and supporting one million jobs,” according to the Intergovernmental Panel on Climate Change’s (IPCC) special report on the ocean and cryosphere in a changing climate. The report noted that extreme events and coral bleaching are among the climate-related issues placing tourism at risk.

Elena Ojea, a senior researcher at the University of Vigo, Spain, and one of the authors of the research paper, told reporters that; ‘action in reducing emissions really needs to be taken, or we will be facing very important impacts on oceans and people.”

Ojea warned that the 30 million people directly employed in ocean fishing each year will be heavily affected as fish struggle with hotter and more acidic oceans and move to new regions or die.

About a month ago, the Reef-World Foundation and Chamber of Diving and Watersports (CDWS) called for tourists and operators to remember the actions they can take to protect the precious coral reefs in tourist destinations on the Egyptian Red Sea coast. The foundation also announced that Egypt has adopted the Green Fins environmental standards to protect its coral reefs. Green Fins is an ambitious action plan to strengthen sustainability within the marine tourism sector across Egypt.