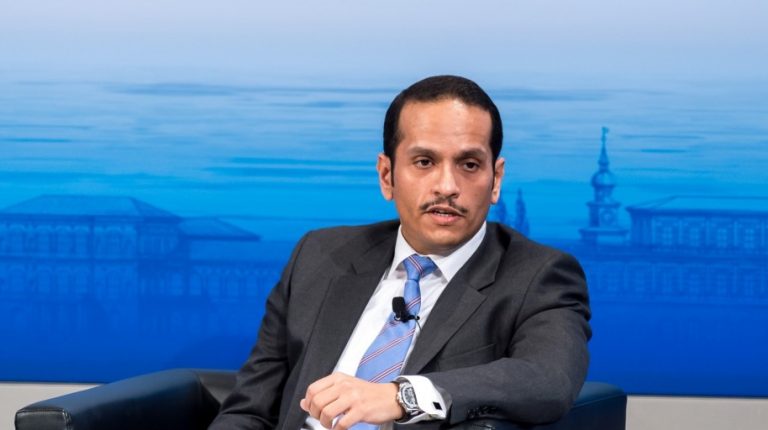 Qatari Minister of Foreign Affairs Mohammed bin Abdulrahman Al Thani announced on Friday that his country is involved in ongoing negotiations with Saudi Arabia related to the Gulf crisis.

In statements on the sidelines of his participation in the Mediterranean Dialogues in Rome, Italy, Al Thani noted that

“We have moved from a deadlock in the crisis into talks about the future vision of relations with Saudi Arabia.”

“We did not support political Islam or the Muslim Brotherhood (MB), but supported people not affiliated to political parties,” he said noting that Doha continued its support to Egypt even after the ouster of former president Mohamed Morsi who belonged to the MB which has no official presence in Qatar according to Doha’s FM.

However, just less than a week ago, Egyptian representative at the International Court of Justice said that “Egypt has cut ties with Qatar as a result of the Gulf state’s “support to terror groups [Muslim Brotherhood],”

“Qatar has been holding a hostile stance against Egypt by supporting terror operation in the Sinai Peninsula,” Amgad Abdel Ghaffar pointed out, adding that Doha was “promoting the doctrine of Al-Qaeda and Daesh.”

Regarding its relations with Iran, Al Thani said that Qatar is committed to neighbourliness with Tehran as Qatar will not forget when Iran opened its airs for Doha following the blockade.

He stressed that Qatari internal affairs are non-negotiable and the country has its independent policy.

On 5 June 2017, Egypt, Saudi Arabia, the United Arab Emirates, and Bahrain, cut their diplomatic and travel ties with Qatar. The four Arab governments accused Qatar of supporting terrorism, seconding Iran, and disturbing security and stability in the region. Doha has denied all these charges.

Meanwhile, King Salman bin Abdulaziz Al Saud of Saudi Arabia has sent an invitation to Emir of Qatar Tamim bin Hamad Al Thani to participate in the Gulf summit in Riyadh on Tuesday. He did not confirm whether the emir will participate or not.