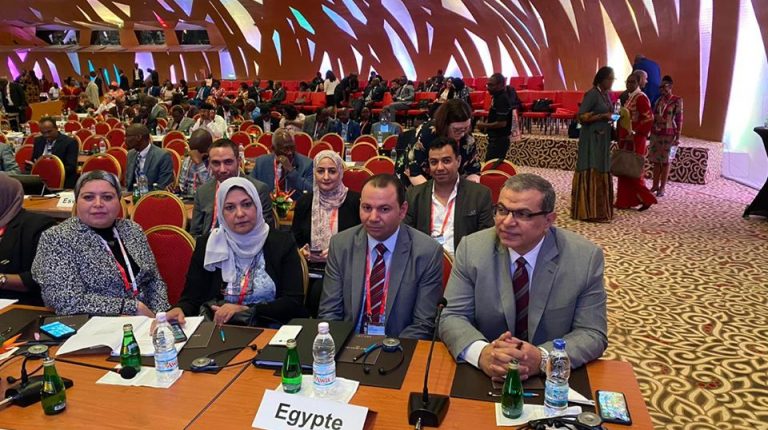 Egypt, along with government, employers, workers, other delegates from 48 African countries have adopted the Abidjan Declaration, dubbed “Advancing Social Justice: Shaping the future of work in Africa,” on Friday.

The declaration was launched under the auspices of the International Labour Organization (ILO), during the 14th ILO African Regional Meeting held from 3 to 6 December 2019 in Abidjan, Côte d’Ivoire.

The declaration focuses on making decent work a reality for Africa’s youth, developing skills, technological pathways, and productivity for a brighter future in Africa, transforming Africa’s

Egypt’s Minister of Manpower Mohamed Saafan said that the declaration aims to strengthen the capacities of all people through investing in human capital by strengthening education, skills, reskilling, upskilling, and lifelong learning to leverage technology and new types of jobs.

He also emphasised tackling gender inequality and discrimination, progressively extending sustainable social protection coverage, and supporting the role of the private sector as a major source of economic growth, and job creation.

Furthermore, Saafan said the declaration aims to support the role of the public sector as a significant employer and provider of quality public services, creating decent work and productive employment for all, with particular emphasis on youth, women, persons with disabilities, and other groups vulnerable to discrimination, and promoting entrepreneurship.

Also during the meetings, the ILO launched a report about child labour in the continent.

More than one out of every five children aged 5-17 years– are child labourers. They work under circumstances which harm them physically, mentally, and socially, and prevent them from achieving even basic education.

Furthermore, the report indicates that agriculture, industry, and services were highlighted as the key sectors that employ underage children – ruining their right to education, harming their physical and mental development as well as depriving them of their childhood.

“In Africa, children involved in child labour in agriculture account for 85.1%– way above the global level of 70.9%.”

Arab states follow with 60.3% while child labour in agriculture stands at 51.5% in the Americas.

Worldwide, 218 million children between the ages of 5 and 17 years are employed.

From the 218 million worldwide, 152 million are victims of child labour and almost half of them, 73 million, work in hazardous child labour.

In absolute terms, ILO says, almost half of the child labour is to be found in Africa; 62.1 million in Asia and the Pacific; 10.7 million in the Americas; 1.2 million in the Arab States; and 5.5 million in Europe and Central Asia.

Under the Sustainable Development Goals’ famous 8.7 target, all UN member states agreed to end all forms of Child labour within 5 years from now (2025).

In Egypt’s case, 1.6 million children were working in the country, according to a survey conducted by the Central Agency for Public Mobilization and Statistics (CAPMAS) and the ILO in 2010.

Saafan has launched a national plan aiming to eliminate child labour by 2025, as part of Egypt’s continuous efforts to take all possible measures to uproot child labour.