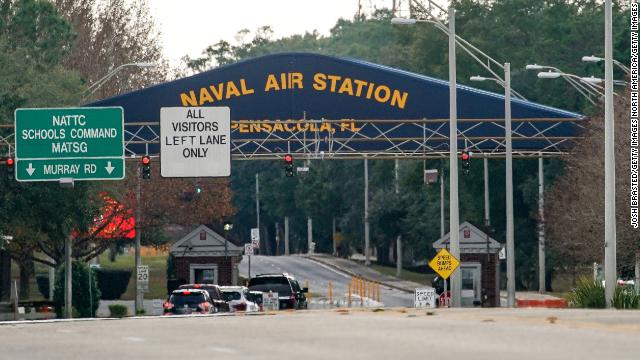 United States President Donald Trump said on Friday that Saudi King Salman called him to “express his sincere condolences and gave his sympathies to the families and friends of the warriors who were killed and wounded” in an attack at the Naval Air Station Pensacola in Florida.

Earlier on Friday, a Saudi aviation student who was a member of the Royal Saudi Air Force opened fire and killed three people and injured eight others.

The student, identified as Mohammed Saeed Al-Shamrani, was visiting the United States to take part in military training as part of a Pentagon security cooperation agreement with the Kingdom.

Al-Shamrani opened fire on his colleagues in a classroom before he was shot dead, according to American officials. The suspect was one of 852 Saudi nationals in the U.S. training under the programme, a defence official told USA Today.

King Salman described the attack as a “heinous crime” which did not represent the Saudi people who respect their American counterpart, according to the Saudi news agency SPA.

He added that the kingdom’s authorities will cooperate with American security agencies to reveal the circumstances of the attack.

Meanwhile, the Kingdom’s foreign ministry also condemned that attack and wished all those wounded a speedy recovery.

The motive for the attack is still unknown, but an investigation is being carried on by the American authorities. The authorities arrested other Saudi nationals for questioning, including people filming the attack.