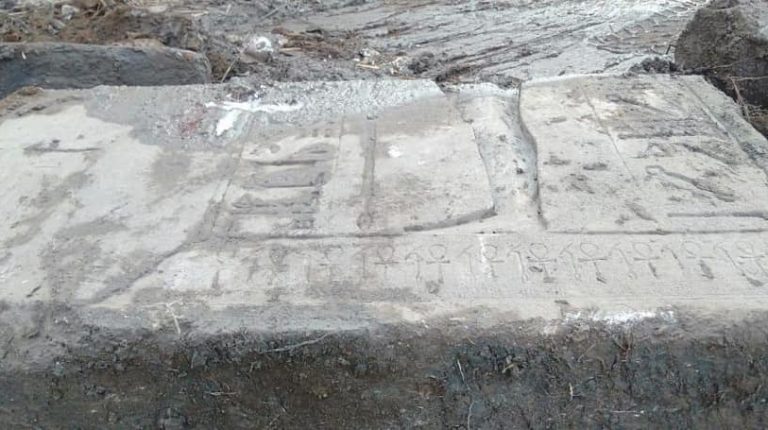 The Ministry of Antiquities announced unearthing 19 giant granite blocks that are believed to be a part of ancient Egyptian god of craftsmen Ptah’s temple in Mit Rahina near Saqqara, according to a press statement published by the ministry.

The excavation took place at a land personally belonging to a civilian who was caught digging deep in search of the blocks.

The unearthed blocks were found covered with underground water. Ayman Ashmawi, the head of the Egyptian antiquities sector at the Ministry of Antiquities, stated in the statement that the preliminary examination showcased the blocks engraved with heliography.

The pink granite blocks depict Ptah, the demiurge of Memphis, while performing Sed Festival rituals.  The studies indicate that, so far, the blocks are the remains of the temple.

“The inscriptions engraved on the blocks indicate the glory and beauty of the temple’s architecture,” Ashmawi stated.

The excavation will continue on the area to discover the rest of the temple which is probably totally covered with ground water. The unearthed parts are to undergo restoration and will be showcased at the open museum of Mit Rahina