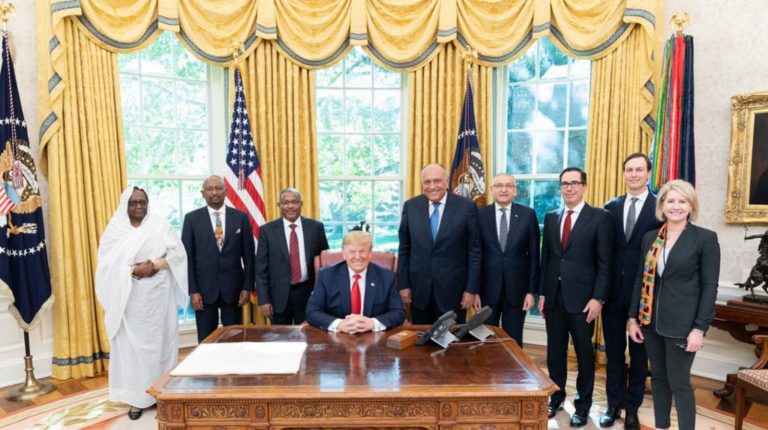 Water ministers of Egypt, Ethiopia, and Sudan are to meet on Monday in the US capital city Washington DC to address the disputed points between the three countries on the Grand Ethiopian Renaissance Dam (GERD).

The meeting will be hosted by the US Secretary of the Treasury while current negotiations are to be witnessed by the head of the World Bank (WB).

On 6 November, a new course of negotiations on GERD was launched under the auspices of the United States, as the foreign ministers of the three countries met, in the presence of a WB representative.

The negotiations led to an agreement to announce a two-month negotiation deadline over the filling period of the dam. The first meeting was held on 15 and 16 November in Addis Ababa, Ethiopia to converge towards similar viewpoints between the three countries to reach an agreement over the proposed filling and operation rules of GERD’s reservoir. The second one was hosted in Cairo on 2 and 3 December.

Washington’s Monday meeting aims to evaluate the outcomes of the two previous meetings, and what the parties have achieved.

The third tripartite meeting to continue discussions and resume negotiations over the technical issues will be held in Khartoum, Sudan on 21 and 22 December 2019.

GERD’s construction neared completion, afterwards, it will be the largest hydroelectric dam in Africa. The large reservoir behind the dam is to be filled over a three to five-year or longer period, during which it is expected that the amount of Nile flow to Sudan and Egypt will be reduced substantially.

Construction of the dam has started in April 2011. However, Egypt has expressed concerns that the construction of the Renaissance Dam could negatively affect its historic Nile water share of 55bn square metres, which it has had access to since the historic 1959 agreement between Egypt and Sudan.