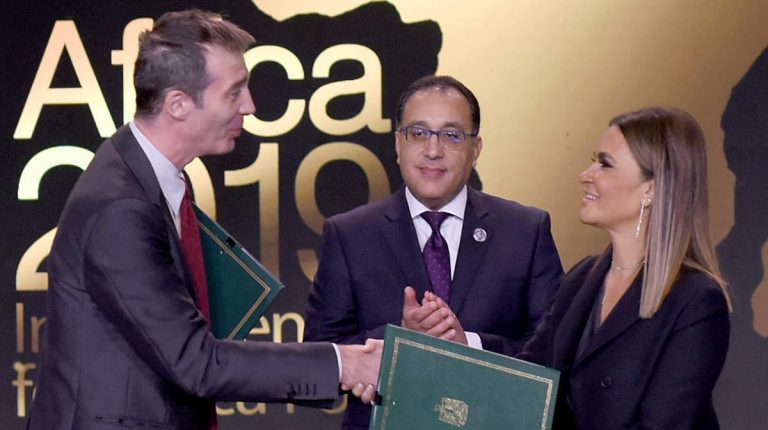 Agence Française de Développement (AFD) will pay particular attention to the Paris Agreement 2015 over implementing its future strategy in Egypt, said Fabio Grazi, AFD’s country director, to Daily News Egypt on the sidelines of the Africa Investment Forum held on 22 and 23 November.

The new projects will take into consideration climate change resilience and improving plans to mitigate climate change, Grazi mentioned, noting that AFD’s strategy will cover from 2019 to 2023.

Interestingly, at COP 21 in Paris on 12 December 2015, parties to the United Nations Framework Convention on Climate Change (UNFCCC) reached a landmark agreement to combat climate change, in addition to accelerating and intensifying actions and investments needed for a sustainable low carbon future. The Paris Agreement opened for signatures on 22 April 2016 (Earth Day) at the UN Headquarters in New York and came into force on 4 November 2016.

“We will present three main pillars in our future strategy with Egypt, including promoting Egypt’s opportunities beyond the national boarders for helping the integration of Egypt in the regional economy, with particular focus on promoting infrastructure and service projects,” Grazi added.

Developing infrastructure projects will increase Egypt’s competitiveness and attractiveness in the years to come, Grazi said, noting that AFD also focuses on enhancing the banking sector inside and outside the country.

Transportation and energy are key, and projects in social development, health and education are core for the deployment of the full potential of Egypt in the future,  Grazi asserted.

“AFD will also continue working on other projects wishing to address some specific issues that are concerned with the economic development . We would like to concentrate more on how to address local pollution control and the efficient use of natural resources,” Grazi added.

Additionally, Grazi said that the promotion of social inclusiveness, which is the second pillar of AFD’s strategy, will drive the agency’s work in Egypt. “When more people get closer, more opportunities arise in growth, development, and inclusiveness,” he added.

The third pillar aims at promoting private sector investments, especially in infrastructure and services, he continued, “Under this strategy, France agreed to commit €1bn through the AFD group.”

For the Alexandria Tramway project, Grazi noted that there are no updates so far and the agency is still waiting to activate its plans to invest in this project.

AFD is expected to allocate about €100m to finance Alexandria’s tramway project, French ambassador to Egypt Stéphane Romatet said during a meeting with Egypt’s Minister of Investment and International Cooperation Sahar Nasr and Transport Minister Kamel Al-Wazir on 23 July 2019.

“Technical cooperation is presented though all of our financial operations. We are proud of this kind of cooperation as it creates strong leverage in our cooperation with Egypt,” Grazi said.

AFD works in Egypt in all of the energy sector’s three fields including the production, transmission, and distribution of production, Grazi said, adding, “We focus on sustainable energy through renewable energy development in cooperation with the government of Egypt.”

The Egyptian government will implement about seven new projects in collaboration with AFD, two of which are with the Ministry of Transportation worth about €140m, a governmental source told Daily News Egypt on condition of anonymity on 27 August 2019.

Egypt’s Ministry of Finance will cooperate with AFD to implement a new programme titled, ‘The Fund for Technical Expertise and Experience Transfers (FEXTE)’, the source added, adding that this programme will mainly be directed to support the efforts of Egypt’s Health Ministry to realise its vision toward the social medical insurance with a grant worth of €1m.

The Health Ministry will also benefit from another project financed by the AFD with $120m to establish a plant for plasma derivatives with a capacity of 1.2 m litres of plasma, the source mentioned.