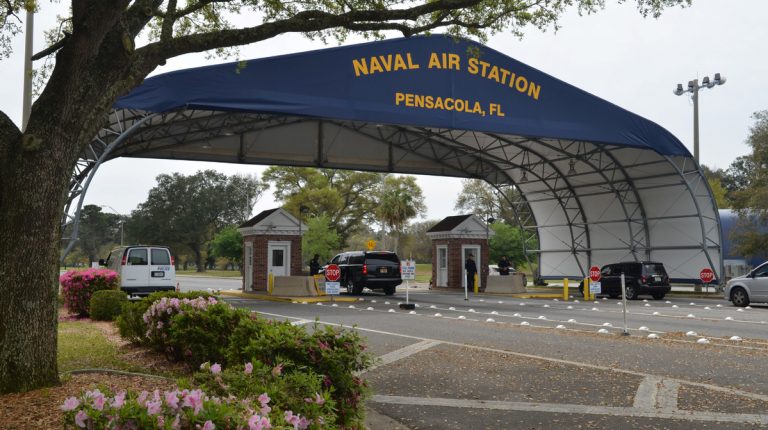 The US Federal Bureau of Investigation (FBI) said Sunday that they are investigating a deadly shooting by a Saudi national at a naval base in Florida as “an act of terrorism.”

“We work with the presumption that this was an act of terrorism,” said Rachel Rojas, special agent in charge of the FBI’s Jacksonville office, at a news conference in Pensacola, Florida pointing to Friday’s rampage that left three people dead and eight others injured inside a classroom building at Naval Air Station Pensacola.

The FBI has identified the shooter as Mohammed Alshamrani, 21, a second lieutenant in the Royal Saudi Air Force who was on the base for flight training.

Rojas said the shooter, neutralized by a responding police Friday morning, used a Glock model 45 nine-millimetre handgun that he had purchased legally.

“We currently assess there was one gunman who perpetrated this attack and no arrests have been made in this case,” Rojas told reporters. “We are looking very hard at uncovering his motive and I would ask for patience so we can get this right.”

The Saudi king called US President Donald Trump on Friday to extend his condolences after the shooting.

“King Salman of Saudi Arabia just called to express his sincere condolences and give his sympathies,” Trump tweeted earlier, adding the Saudi king said the shooter “in no way, shape or form represents the feelings of the Saudi people.”

Rojas said on Sunday that there were several Saudi students who were close to the shooter and are cooperating with investigators.

“Their Saudi commanding officer has restricted them to base, and the Saudi government has pledged to fully cooperate with our investigation,” the special agent said.

Located in Florida’s northwest corner near its border with Alabama, the Pensacola facility is a major training site for the U.S. Navy and home to its aerobatic flight demonstration squadron, the Blue Angels. It employs more than 16,000 military and 7,400 civilian personnel.

The Friday attack was the second shooting at a US military facility in the past week.

A shooting on Wednesday afternoon in Pearl Harbor Naval Shipyard in Hawaii left three dead, including the gunman.

Libya mission: US eases off, Qaddafi holds on