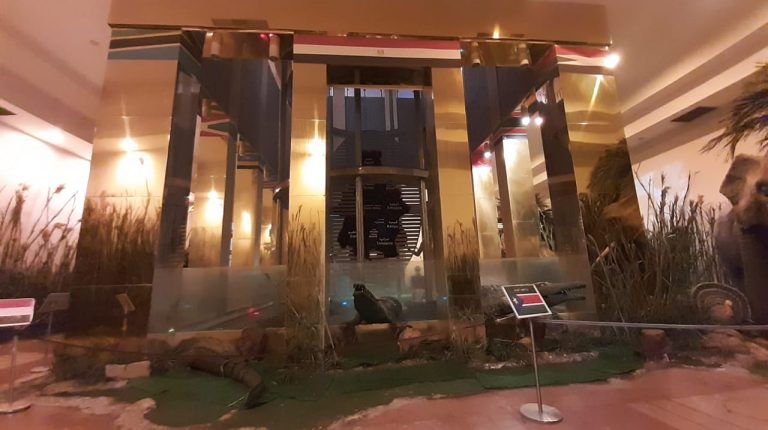 Egypt’s Ministry of Water Resources and Irrigation announced on Monday, developing the Nile Museum in Aswan, which is affiliated to the ministry, to include an African Cultural Centre, in addition to launching a library attached to the centre that includes the most important books on African nations.

The ministry has also communicated with a number of African countries to support the centre with some holdings and memorabilia to display civilisations and cultures from these nations.

In March, President Abdel Fattah Al-Sisi directed the ministry during the activities of the Arab-African Youth Forum, which was held in Aswan from 16 to 18 March 2019, to establish such a centre to showcase the varying cultures that the continent has to offer.

The centre includes an open theatre that can accommodate 2500 individuals and is located behind the Aswan Reservoir. The establishment of the theatre was constructed with the natural materials available in Aswan, and it is expected to be used when holding international forums and conferences, major celebrations, festivals, and theatrical performances that express African cultures.

The Aswan Reservoir is also equipped with environmentally friendly lighting that add an aesthetic touch that attracts the eyes of visitors to the centre and Aswan.

Furthermore, the centre includes paintings of all African countries, as the continent was divided into five sectors according to the geographical and climatic nature of each region, in addition to a sector describing the rivers of the continent.

These paintings are characterised by the use of an expressive background with African colours and shapes, to define the nature and environment of each African region, in addition to displaying photos of the capital, currency, and the most important rivers, tribes, and tourist regions in each country separately.

The library of documentaries and the information centre contain many books, documents and important historical manuscripts about Africa.

The centre also has a museum corner that includes many archaeological collections that record the flow of the Nile River from its source to the mouth of the Mediterranean Sea.