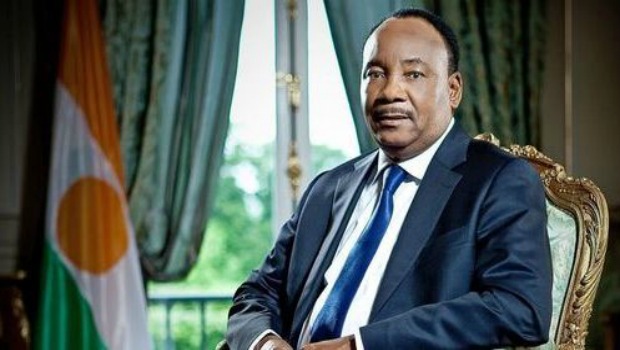 Several leaders of African countries gathered on Wednesday in Egypt to attend the Aswan Forum for Sustainable Peace and Development which was held on 11 -12 December.

President of Niger Mahamadou Issoufou said during the first session of the forum, titled “Africa We Want: Sustaining Peace, Security and Development,” that there is no security without development and vice versa.

Issoufou added that Africa has half of the dynamic countries in the world, and this number could be increased, adding that they aimed to achieve a minimum growth of 7% that would eliminate poverty and inequality if the continent benefited from its natural and mineral resources.

Issoufou said that Africa is poor despite its huge natural resources, adding that Africa needs $600bn every year for development.

On the other hand, President of Senegal Macky Sall said that Africa is significantly progressing despite difficulties such as terrorism.

He added that a settlement in Libya shall never be reached without the involvement of the AU, noting the conflict in Libya has dangerous effects on the whole region.

Sall stressed the need to use all possible means, even military measures, to achieve peace in Africa and development.

Contrary to Issoufou’s remarks, Sall said that Africa is not poor but is rich with human and natural resources, calling on African countries to cooperate together to benefit of these resources.

Meanwhile, President of Chad Idriss Déby said that the AU initiatives could eliminate poverty, stressing that all the AU agreements and initiatives which aim to achieve development and peace are inspiring.

Under its leadership of the AU, Egypt is taking the initiative to launch the Aswan Forum for Sustainable Peace and Development to address challenges, security, development, and opportunities in Africa.

The forum hosts heads of states and governments, regional and international organizations and financial institutions, the private sector, and civil society, as well as scholars, and prominent experts.