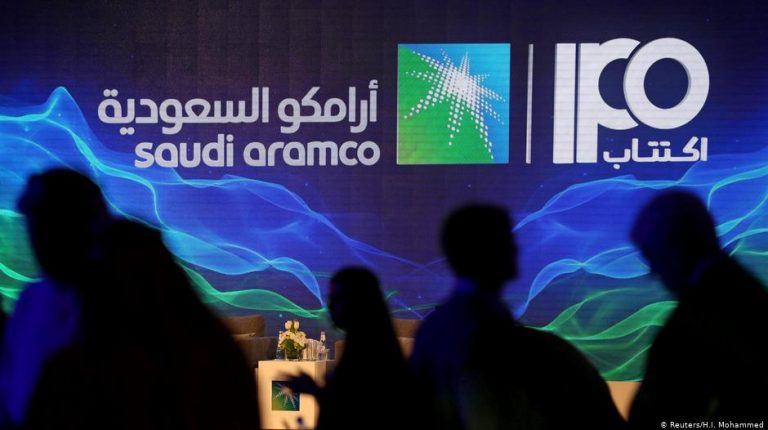 The shares of the state-owned company rose to 35.2 Saudi riyals ($9.38) from 32 riyals in early deals in Riyadh. Accordingly, the company’s valuation has surpassed $1.7 trn, to hit $1.88trn, to become the world’s largest listed company ahead of Microsoft and Apple.

“We are incredibly proud to have been a part of this landmark IPO, which follows an extremely successful year of executions in the Kingdom, including the completion of ACC’s IPO and the merger between NMC Healthcare and Hassana Investment Company,” said Mohamed Ebeid, Co-CEO of the Investment Bank at EFG Hermes. “It is the culmination of the team’s efforts to ramp up our business in the kingdom to capitalise on the upside of the market’s takeoff following its upgrade to emerging market status on both the FTSE and MSCI indices.”

EFG Hermes’s sell-side ramp up in 2019 also saw the Firm’s Securities Brokerage division capture substantial shares of executions on Tadawul, which has resulted in more than doubling the division’s market share year-over-year as the kingdom braces for heavy inflows into the market.

EFG Hermes’s advisory role over the Aramco IPO has resulted in the Firm becoming the 28th largest Equity Capital Markets (ECM) advisor across the globe. When considering Europe, Middle East and Africa (EMEA) alone, EFG Hermes is at 20th place. The transaction further cemented EFG Hermes’s MENA leadership of ECM advisory rankings, a position it has occupied for over three consecutive years.

Mohamed Fahmi, Co-Head of Investment Banking at EFG Hermes said, “We’ve managed to secure and execute an extremely robust pipeline of deals in the kingdom, due to our confidence that Saudi Arabia has become a key player in the region when it comes to value-accretive transactions. We continue to believe there will be significant pickup in the kingdom’s capital market, and we’ve expanded the team and capabilities accordingly as we work to maintain our position as the MENA region’s leading ECM and M&A advisor.”

The long-delayed IPO of the state-owned Saudi oil giant expected to give a boost to the Crown Prince Mohammed bin Salman’s Vision 2030 economic reform agenda after raising billions of dollars to diversify the kingdom’s economy away from fossil fuels.