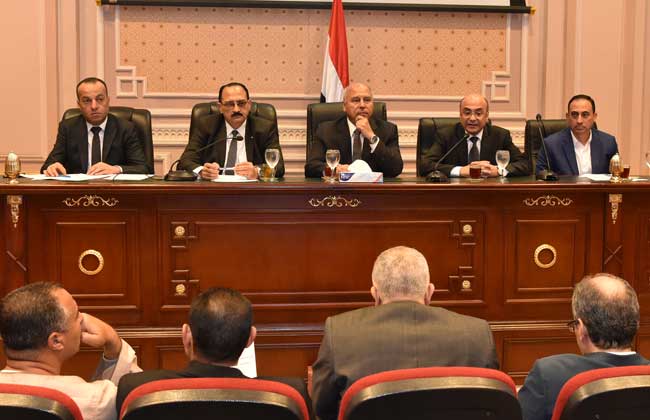 Egypt’s Transportation Ministry refuted statements remarks attributed to of the Minister Kamel El-Wazeer, in which he criticizsed the trade unions of the public transport sector, accusing them of “obstructing any developments inside the sector and arguing they defendwith the pretext of defending workers’ rights.”

The ministry said in a Tuesday statement that all remarks which circulated on media websites on the trade unions are “baseless.”

The ministry poinited out that El-Wazeer said that there iswas a need for trade unions to cooperate with ministries and the government to establish the concept that incentives gogive incentives for additional and outstanding work.

It also urged workers, “nots and that workers have not to follow rumours especially that all (the government and the ministries) work in favour offor the progress of Egypt.”

The general trade union of public transport workers in Egypt responded in a statement on Tuesday that it supports the state efforts in development and upgrading the transport sector which involves about 30,000 workers, according to the union.

The union said that it has submitted its vision on development and achieving revenues, adding that it is ready to cooperate with El-Wazeer on upgrading the sector, but on condition that noting that there ishas to be a will, a plan of action and a serious leadership, which the transport minister showshas all, the union said.

The union saidadded that all economic and successful productive experiments proved that providing labours with appropriate job opportunities and training is the first step to achieve development and higher revenues.

FurthemoreFurthermore, the union noted that it submitted its legitimate demands to concerned bodies including the Egypt transport authority for fair regulations and the implementation of projects on the connection.

Earlier on Monday, El-Wazeer said during a meeting of transport committee of the parliament that the ““trade unions encourage incite the workers to become less responsibleoppose reforms.” El-Wazeer’s remarks were published at all media websites, including state-owned Al-Ahram newspaper.

El-Wazeer added that at any time he said he would develop “the unprofitable body,” the workers got irritated, fearing they would be dismissed.