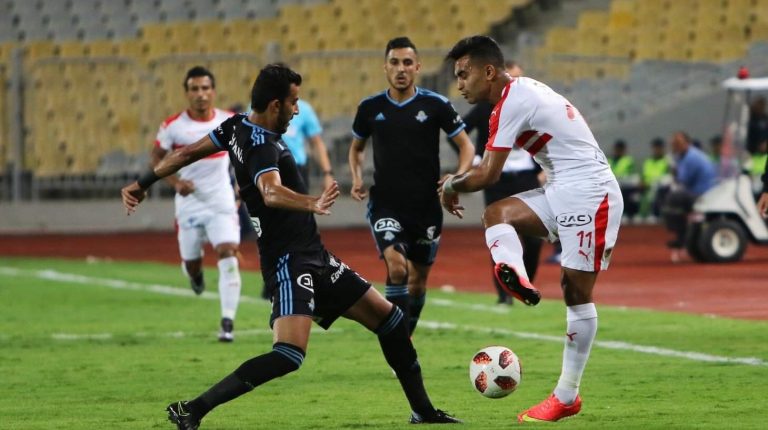 Zamalek will play their first difficult game in the Premier League this season when they meet Pyramids on Thursday in the Gameweek 7. Zamalek and Pyramids matches are always exciting as they are top clubs in the Egyptian football and both of them have many distinguished players.

Zamalek aim to win Thursday game to restore their confidence after losing five points since the start of the local competition. The White Knights are in a good mood after they had won their last two games under the leadership of new head coach Patrice Carteron in CAF Champions League and Egypt Cup.

Zamalek rank fifth in the Egyptian Premier League with 10 points from five matches, winning three and drawing in one and losing another. Zamalek scored six goals and conceded four.

On the other hand, Pyramids rank fourth on the league table with 12 points from six games, in which they won three and drown in three. The team scored 13 goals and conceded seven.

Zamalek played Pyramids in seven previous games, in which Zamalek won five games and lost once. In these clashes, the White Knights scored 11 goals and conceded six.

Zamalek’s Carteron was successful in his first two games with the team. On 4 December, Zamalek beat El-Sharkia 3-1 in Egypt Cup’s round of 32. Then, they beat C.D. Primeiro de Agosto 2-0 in CAF Champions League’s group stage game held on 7 December.

Carteron decided to play Pyramids with the same line-up of their previous game, given he is one of the coaches who like to play with a fixed squad with minor changes.

The Zamalek administration was keen to give the players a portion of their dues before the Pyramids game, to motivate them to continue the victorious run.

Pyramids also enter the Thursday game with high morale after thrashing Nogoom FC 6-1 in Egypt Cup’s round of 32 as well as Nouadhibou of Mauritania 6-0 in the second round of the CAF Confederation Cup’s group stage.