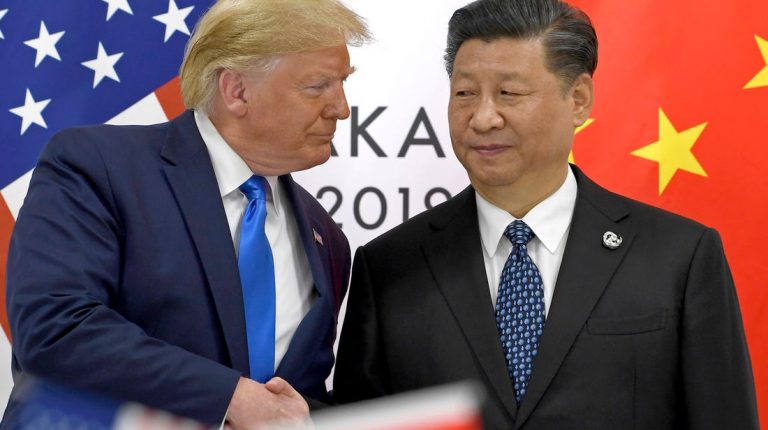 The United States and China announced on Friday that they reached a phase-one trade deal. It will include gradually phasing out tariffs, however, very few details about the agreement were revealed.

Beijing announced in a late night news conference in Beijing, timed to coincide with the US morning, that per the agreement, the US would start phasing out tariffs on Chinese imports, rather than continuing to raise them.

The announcement came two days before some additional tariffs on Chinese goods were poised to take place on Sunday. China would make similar tariff cuts, the officials said.

Wang Shouwen, a Chinese vice-commerce minister and trade negotiator said that the deal comes in line with his country’s efforts to open up the economy, and strengthen economic reforms.

He added that increased imports of high-quality products from the US and elsewhere will “meet the growing needs of the people for a better life.”

On the other side of the Pacific, the US Trade Representative office revealed that the agreement is expected to be signed in early January 2020. The office revealed some highlights of the deal, including enforcement provisions and improved protection for American technology.

Robert Lighthizer, the United States trade representative, said that according to the new deal, the US will half its 15% tariff on about $120bn in Chinese goods. Additionally, it will also indefinitely suspend planned duties on smart phones and laptops.

However, around $250bn worth of Chinese goods will remain taxed at 25% and another $120bn worth of goods will be subject to a 7.5% duty once the agreement takes effect.

Lighthizer revealed that any further tariff reductions by the US will be linked to the conclusion of future phases.

In addition, it includes a Chinese commitment to buy $200bn more in US goods and services over two years.  The deal also included a commitment by China to increase its buying of US agricultural products from $40bn to $50bn in each of the next two years.

Ahead of the trade war, China imported just around $190bn of goods and services in 2017, consequently, if the new target is met it would cut the US trade deficit with China by a third.

Trump tweeted, “We have agreed to a very large Phase One Deal with China. They have agreed to many structural changes and massive purchases of agricultural products, energy, and manufactured goods, plus much more. The 25% Tariffs will remain as is, with 7.5% put on much of the remainder.”

He added, “The Penalty Tariffs set for December 15th will not be charged because of the fact that we made the deal. We will begin negotiations on the Phase Two Deal immediately, rather than waiting until after the 2020 Election. This is an amazing deal for all. Thank you!”

American farmers were the first victim of the trade war

China has been the top buyer of US soybeans ahead of the trade war between the two countries back in 2018. However, China has continued to purchase US soybeans during the trade war, and the anticipated partial resolution to the US-China trade war could increase both global soybean demand and demand for US soybean exports to China.

“China went from the second-largest market for US agricultural products to the fifth-largest since the trade war began.”

“Reopening the door to trade with China and others is key to helping farmers and ranchers get back on their feet. Farmers would much rather farm for the marketplace and not have to rely on government trade aid, so today’s news is especially welcome,” he added.

Soybean farmers in the Midwest have been especially hard hit, as China formerly was a major buyer of US soybeans. North Dakota, for example, sent about 70% of its soybeans to the Pacific Northwest, bound for Asian markets and primarily China, prior to the trade war.