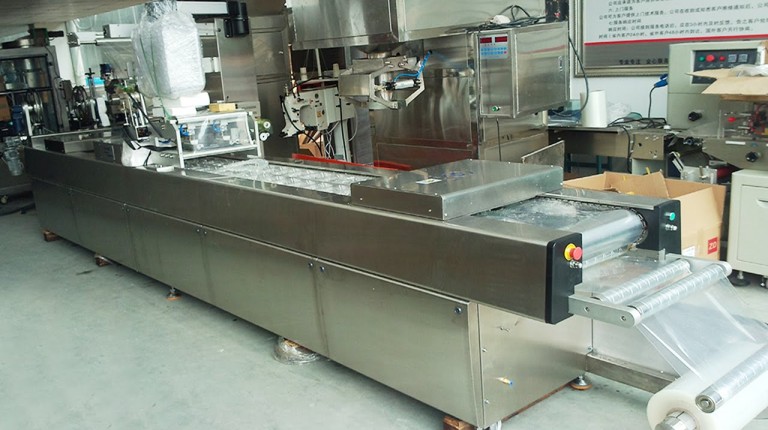 Sherif El-Gabaly chairperson of the Egyptian Chamber of Chemical Industries at the Federation of Egyptian Industries (FEI) said that Africa is one of the largest developing continents in the world in industrial sector, and it accounts for a large share of the global packaging sector’s growth rate of about 4%.

El-Gabaly added that the African continent is rich in its resources, but it needs to provide a strong regional and international value chain that serves industry in the region.

He noted that the pacprocess Middle East Africa 2019 exhibition represents an important platform for manufacturers in the field of packaging and this experience must be repeated in Africa where integration can be achieved between African countries. It also contributes to enhancing the continent’s products and improving their competitiveness with foreign products.

Furthermore, Chairman of the Chamber of Printing and Packaging Industries at the FEI Ahmed Gaber said that pacprocess and Interpack exhibition is one of the most important and largest exhibitions in Germany, which is being opened for the first time in Egypt.

Gaber pointed out that the exhibition is organised by the German Düsseldorf Exhibition Authority in cooperation with the FEI and Industrial Chambers and the Association of German Chambers of Commerce and Industry.

He noted that pacprocess is the most important leading trade fair serving the packaging sector. It displays packaging components, packaging materials, equipment, packaging machines, industrial tools, technologies and programs that serve the sector as well as automation systems and processing technologies.

He elaborated that there are 27 countries participating in the exhibition in addition to 74 local exhibitors, among them major packaging companies in Egypt and more than 400 foreign buyers brought in by various export councils from all over the world.

For his part, Jan Noether CEO of German-Arab Chamber of Industry and Commerce (AHK) said that there are great opportunities available in Egypt’s industrial sector in the coming period, adding that the Egyptian market represents one of the most important markets that attract the attention of German companies, as it is the main gateway to the access of German products to the African market.

Noether explained that Germany is participating in the pacprocess exhibition, which is currently taking place in a pavilion of more than 15 major German companies working in the field of manufacturing and packaging equipment.

He pointed out that the Düsseldorf Fair Authority is the first German exhibition authority to organise an exhibition in Egypt, which was chosen as the main gateway to the African continent.

He stressed the importance of providing financing that will boost the industrial sector, especially necessary financing for small and medium enterprises.

Dornscheidt added that the Food Africa and pacprocess exhibitions hosted by Egypt represent the starting point for more exhibitions that will be held in the next period in cooperation with Egyptian Ministry of Trade and Industry, Export Development Authority, and the FEI.

He further noted that Egypt opens the way for all foreign investors who want to contribute to the development and promotion of the Egyptian market and boost the economy.