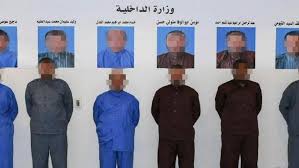 Kuwait’s security authorities handed over one suspected member of the outlawed Muslim Brotherhood member to Egypt’s security on Saturday, after arresting him in Kuwait International Airport coming from Turkey, Kuwaiti newspaper Al-Rai reported.

The suspect is suspected to have close ties with the Brotherhood cell seized by Kuwait in mid-July. After investigation, it was revealed that he did have connections to the cell. It was reported that he confessed he made money transfers and provided travelers with money in order to support Brotherhood members in Egypt.

Al Rai quoted Kuwaiti security source as saying that the investigations had suggested that the suspect has a first degree relative, who is facing charges of violence, including burning churches in Egypt.

The coordination between high level Egyptian and Kuwaiti security forces are still ongoing over the deportation of Brotherhood members between the two countries, especially those accused of committing violence, the quoted sources added. The sources also said that that the issues of security and stability is a “red line”, with no mediation and compromises.

Early on July Kuwait handed over eight Egyptians from a local Brotherhood cell, which the recent suspect was a member of. They faced charges of terrorism and for joining a banned “terrorist organisation that works to undermine state institutions.”