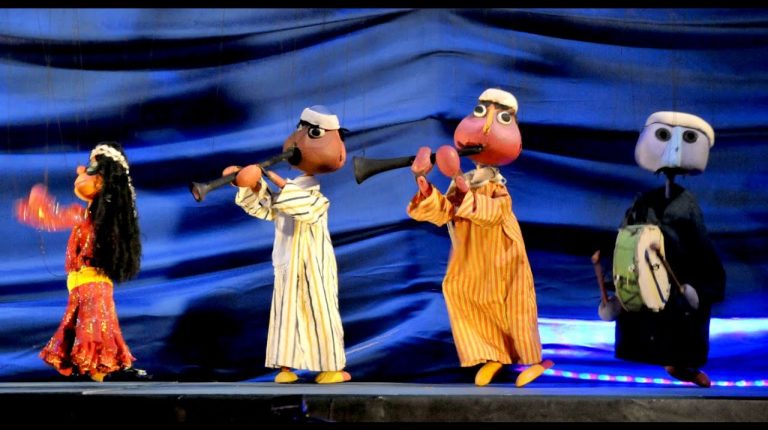 Since it first saw light over half a century ago, Egypt’s iconic, most famed puppet show El-Leila El-Kebira (The Grand Night) still represents the country’s puppet art at international festivals, the latest was the 34th Neapolis International Festival Kid’s Theatre in Tunisia.

The festival, which takes place on 15-22 December, hosts several puppet shows from across the world, and Egypt’s only representation comes through its popular show whose fame never faded.

Under the theme of “Eshra Baynatna” (The Time Between Us), the seven-day festival kicked off on Sunday with a carnival that roamed the streets of the Tunisian city, Neapolis.

The 34th edition takes place in cooperation with the United Nations Children’s Fund (UNICEF). This year’s festival also celebrates the 30th Convention on the Rights of the Child. Twelve countries participated within this year’s shows including Palestine, Sudan, Algeria, Bahrain, and Morocco.

El-Leila El-Kebira is a main pillar at Egypt’s puppet art that showcases a side of the country’s culture that has never been depicted before; the Mouled celebrations. They are annual gatherings for celebrating the birth of Islam’s Prophet Mohammed or preachers buried in shrines across Egypt. Through musical shows performed by the puppet characters, El-Leila El-Kebira depicts all the celebration aspects of a Mouled’s biggest main night.

The top hitting theatre play was produced for the first time in 1960, created by renowned late Puppeteer Nagy Shaker, the songs were written by Salah Jahin, music by Sayed Mekawy, scenography by Mostafa Kamel, and direction by Salah El-Sakka.