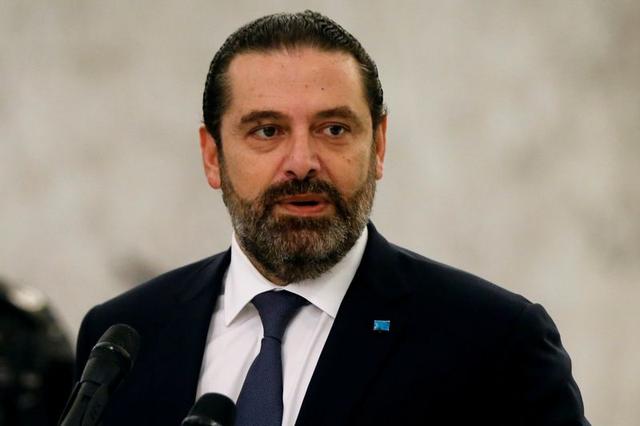 The Lebanese presidency said it had delayed consultations to designate a new prime minister until Thursday in response to a request from caretaker premier Saad Al-Hariri, who had been expected to be named again.

Hariri had requested the delay to the consultations, which had been scheduled for Monday, in a phone call with President Michel Aoun to allow “more consultation on the subject of the government formation”, the presidency said in a statement.

Hariri, who is aligned with Western and Gulf Arab states, resigned as prime minister on 29 October in response to mass protests against the ruling elite over decades of state corruption and bad governance.

He said he would only return as prime minister of a cabinet of specialist ministers, believing this would satisfy protesters and allow the government to address the crisis and attract foreign aid.

His political adversaries, including Aoun, and the powerful Iran-backed Shi’ite group Hezbollah, say the new cabinet should include politicians alongside technocrats.

Lebanon’s prime minister, who must be a Sunni Muslim, is appointed in binding consultations convened by the head of state with lawmakers. The president must designate the candidate with the greatest support among 128 lawmakers.

Al-Hariri has been the only candidate for the position since the failure of parties to reach a consensus on other Sunni figures and the continued backing by the Sunni religios establishment.

The delay comes one day after Lebanese security forces used tear gas, rubber bullets, and water cannons to disperse anti-government protesters in central Beirut on Sunday night during the second day of violent protests that have wounded dozens of people.

Saturday and Sunday marked the most violent outburst in two months and signaled a growing willingness of security forces to use force to quell the unrest.

After hours of clashes between riot police and protesters on Sunday, the army was deployed to the streets.

The army, widely viewed as a nonsectarian institution, reportedly intervened between protesters and supporters of the Shi’ite groups Hezbollah and Amal.

The violence on Sunday began when demonstrators were attacked by counter protesters as they tried to advance near the parliament. Security forces then tried to disperse demonstrators, triggering clashes.