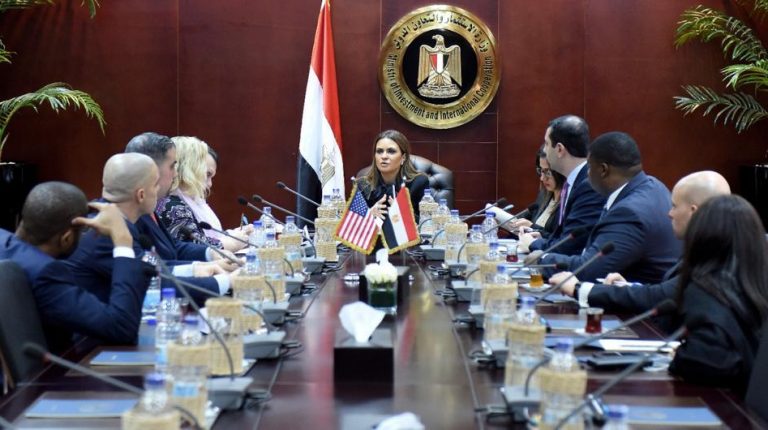 This came during Nasr’s meeting with a number of US Congress members  visiting Egypt to discuss mechanisms of boosting US investments into the local market as well as other economic partnerships, a ministerial statement said on Monday.

The current value of US investments in the Egyptian market is at $22.8bn, the statement mentioned, noting that American delegates praised the economic and regulative reforms taken by Egyptian authorities to attract more foreign investments.

Interestingly, the US EXIM Bank is expected to triple its pipeline projects in Egypt to reach $6bn in the next few years, according to Judith Pryor, member of the board of US EXIM Bank, in an interview with Daily News Egypt on 2 December 2019, noting that the current commitment of the bank for future cooperation is $2bn.

EXIM Bank has financed projects in Egypt with $5bn over the past 10 years where the economic sectors of interest in Egypt have been aviation, agriculture, information and communication technology (ICT), as well as infrastructure, agribusiness, and women in businesses.

The minister affirmed that Egypt will remain a top investment destination for international investors, noting that the New Investment Law and its executive regulations highlighted several incentives for businesspersons, along with issuing the Bankruptcy Law.

The minister also mentioned that many international financial institutions have praised Egyptian economic reform programme including the World Bank (WB) and the Organisation for Economic Co-operation and Development (OECD).

The minister said that MIIC plans to accelerate its efforts in establishing several investment zones in many locations in addition to establishing branches of Investor Services Center (ISC) in many governorates on the latest international systems.