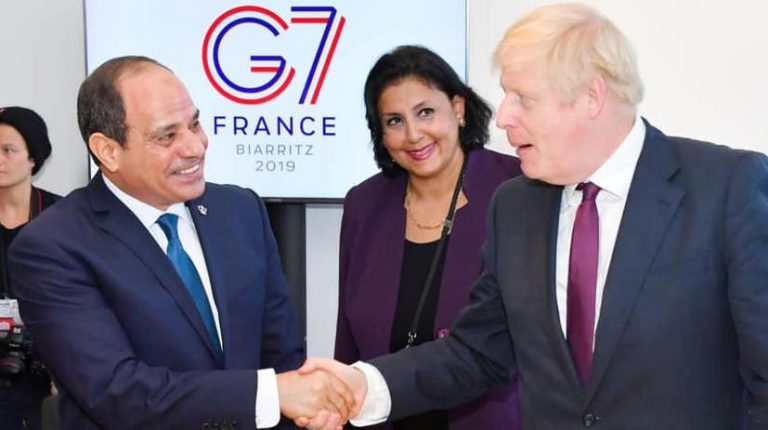 Egypt’s President Abdel Fattah Al-Sisi congratulated the British Prime Minister Boris Johnson for the victory of his party, the Conservatives, in the UK general elections last week, securing the majority in the House of Commons.

In a phone conversation on Wednesday, Al-Sisi said that the great victory of the Conservatives reflects the British voters’ trust in the party, Johnson’s views and ability to lead the UK in the next period.

The Conservatives achieved their biggest victory after getting 365 seats in the general elections, winning the Commons’ majority with 80 seats. On the other hand, the Conservatives’ traditional rival, the Labour Party, suffered its worst election result since the 1930s, getting 203 seats.

The Egyptian president hailed the positive progress that the relations between Cairo and London is witnessing, especially following the UK’s resumption of direct flights to Sharm El-Sheikh. He further expressed aspiration for upgrading bilateral relations in different fields including security and tourism.

For his part, Johnson stressed his keenness on continuing communications with Al-Sisi, and his country’s interest in upgrading the bilateral relations, highlighting the important role Egypt plays in the Middle East and North Africa.

Discussions between the two leaders touched on the situation in Libya as they agreed to increase bilateral efforts to reach a political solution and bring security and stability to Libya.