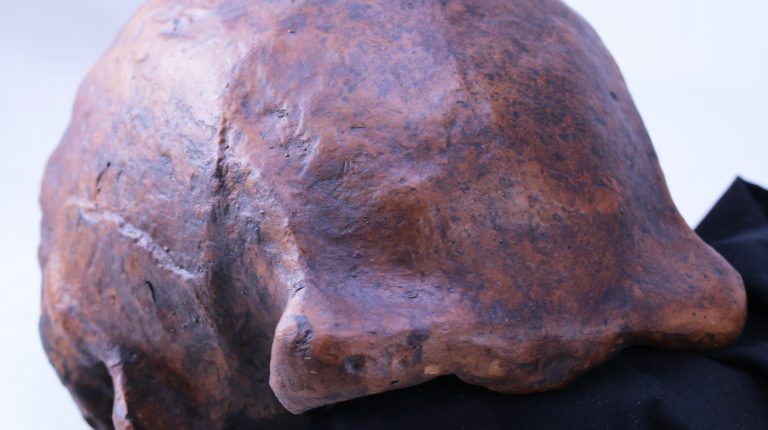 The history of Homo erectus dates back to 1891, when a Dutch army surgeon, Eugène Dubois announced that he has found a well-preserved skullcap at Trinil on the Solo River. The fossils had prominent brow ridges, retreating forehead, and angled rear skull. After a few years, near where the skull was discovered, Dubois found a remarkably complete and modern-looking femur.

This bone was so similar to a modern human femur to the extent that made Dubois decided that the individual to which it belonged must have walked erect, determining that the fossils he had found belong to “Homo erectus”, one of the direct ancestors of modern humans. 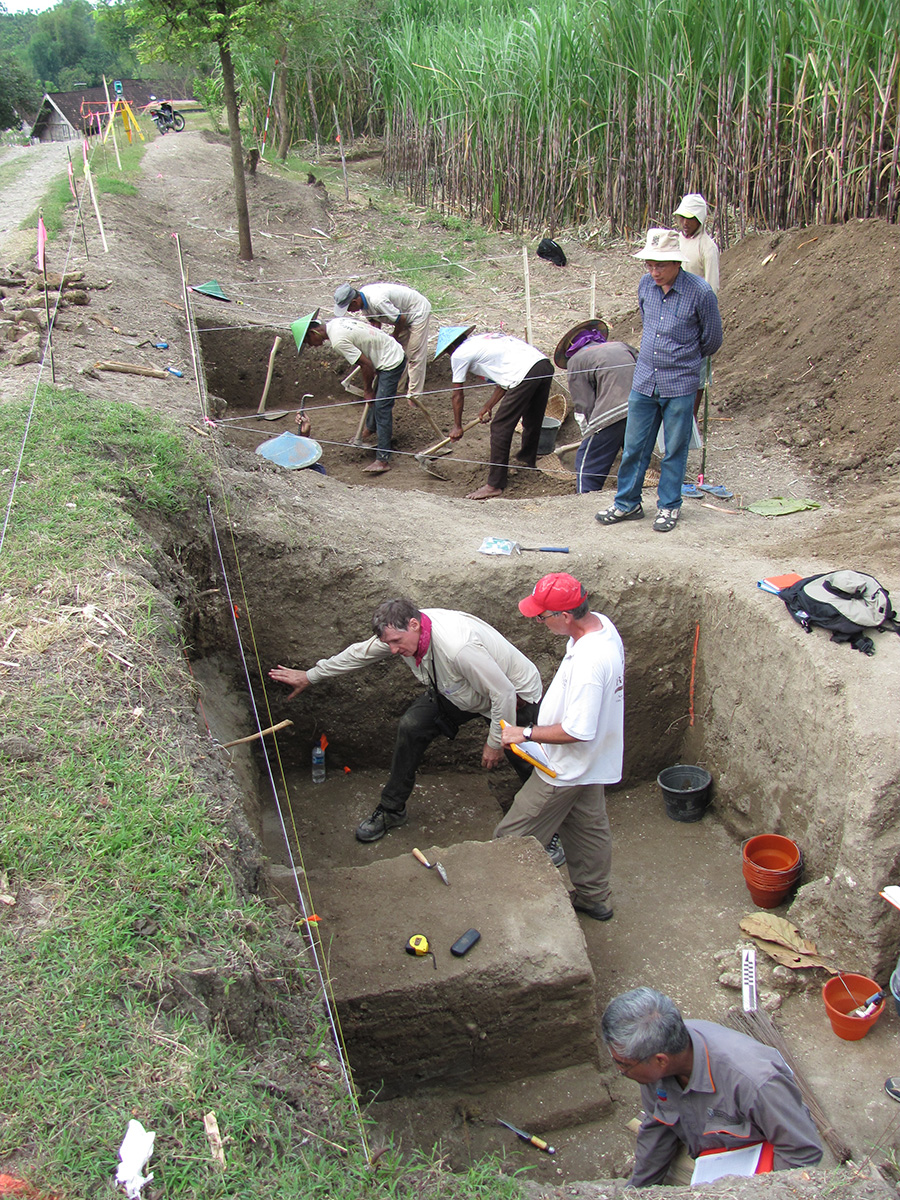 About 40,000 years ago, the Homo erectus has disappeared, but this disappearance has an only exception in a location called Ngandong on the Indonesian island of Java, where researchers were unable to agree on a precise time period for the site, until now.

In a new study published by Nature on Wednesday, an international team of researchers announced that they were able to estimate the last existence of Homo erectus at Ngandong was between 108,000 and 117,000 years ago.

The researchers believe that the last time Homo erectus was seen in Java predated the arrival of modern humans on the island by at least 35,000 years. The study was led by the University of Iowa; Macquarie University; and the Institute of Technology Bandung, Indonesia.

Homo erectus migrated from Africa to Asia before 2m years ago, when sea levels were low due to glacial periods, and Java was connected to mainland Asia by a land bridge which allowed Homo erectus to walk to the present-day island. Scientists believe that Homo erectus was the first of human’s relatives to have human-like body proportions, with shorter arms and longer legs relative to its torso.

In this paper, the research team time-stamped the site by dating animal fossils from the same bonebed where 12 Homo erectus skull caps and two tibia had been found, and then dated the surrounding land forms—mostly terraces below and above Ngandong—to establish an accurate record for the primeval humans’ possible last stand on Earth.

They present 52 new age estimates for the Ngandong evidence. They include animal fossil fragments and sediment from the rediscovered fossil bed where the original Homo erectus remains were found by Dutch surveyors in the 1930s, and a sequence of dates for the river terraces below and above the fossil site.

Dating the stalagmites from caves in the Southern Mountains of Ngandong enabled the researchers to determine when these mountains first rose, and then determine when the Solo River began coursing through the Ngandong site, and the river terrace sequence was created.

“We have for the first time convincingly established the exact timing for the extinction of Homo erectus, one of our most important ancestors. Homo erectus is a major part of our human evolution story. The site of Ngandong in Java containing 12 skulls caps and two lower leg bones of Homo erectus representing their last known appearance, yet it has had no convincing timeline for over 90 years,” said Kira Westaway, associate professor at Macquarie University and a co-lead author on the paper. 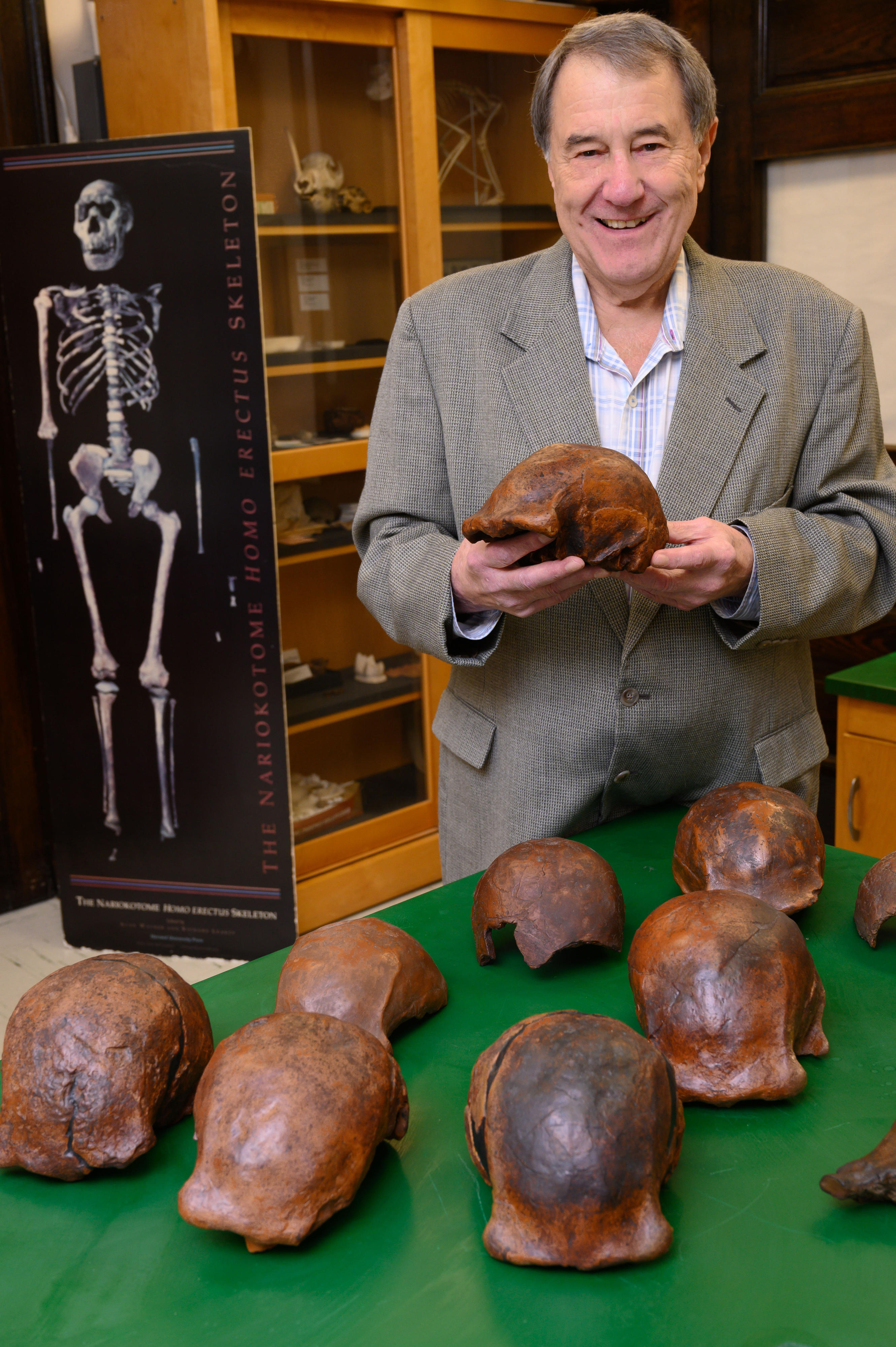 Westaway told Daily News Egypt that the research team was able to succeed where others did not because they have tried a different approach relied on dating the burial sediments. Instead of just focusing on the fossils themselves, the team used their place in the landscape system to constrain them on multiple levels. Each stage constrains the one above and below, by doing this we could see that a younger or older age for Ngandong is not possible.

Regarding the importance of the findings of the paper, Westaway said that knowing when this species became extinct helps us understand where they sit in the evolutionary tree, with whom they interacted, and why they became extinct.

According to the researcher, the paper’s conclusion clearly shows that the previous claims that Homo erectus and modern humans overlapped in this region are misguided. However, the new age range for the Ngandong Homo erectus does open up the possibility for interactions with another hominid, the Denisovans, known from the cold caves of Russia.

“This is a human species [Denisovans] more known for its genetic make-up rather than actual fossils but we suspect that this species roamed as far as Southeast Asia and may have interacted with the Ngandong Homo erectus. This is yet to be proven but the possibility of intermixing with Denisovans is an exciting prospect well worth exploring,” Westaway illustrated.

Russell Ciochon, professor in the Department of Anthropology at Iowa and co-corresponding author on the study, attributed the extinction of Homo erectus to environmental change. He explained to DNE that this species has arrived in the Indonesian archipelago in a time when Ngandong was mostly grassland, but around 130,000 years ago, the environment at Ngandong changed and Homo erectus was likely unable to adapt to this new rainforest environment.

Homo erectus was an incredibly long-lived species with a massive geographic distribution which makes it one of the most successful hominins that ever lived, “our research shows that Homo erectus did not survive late enough to interact with modern humans on Java. Ngandong is the youngest known Homo erectus site in the world, so there is no evidence that they encountered modern humans,” said Ciochon.

He stressed that the current study provides the age of the last known appearance of Homo erectus, but it does not mean that this is the age of extinction to this group, noting that small groups of Homo erectus may have lived longer without leaving fossil evidence.