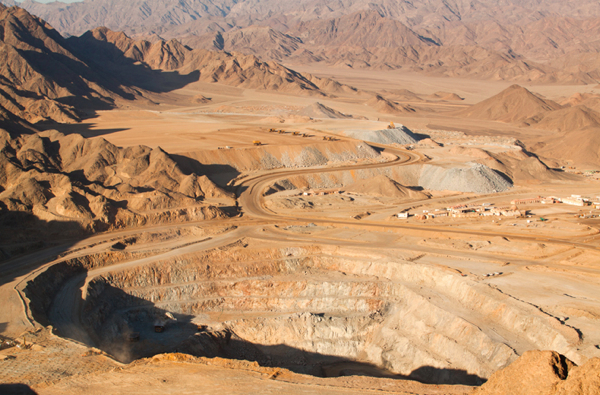 Centamin gold mining company said on Wednesday that Endeavour Mining – which earlier offered all-share merger – should not share any information about assessing the former’s value until they both agree to extend the offer’s deadline due to current disagreement over the company’s value assessment.

On 5 December, Endeavour offered an all-share merger with Centamin, in which the latter was valued at $1.9bn. However, the London-listed company Centamin, which owns the Sukari gold mine, rejected the $1.9bn all-stock takeover proposal, saying the Canadian suitor’s offer was not enough for Centamin’s shareholders.

Endeavour proposed an exchange ratio of 0.0846 in Endeavour shares to each Centamin share.

On Monday, Endeavour said that the two firms have agreed to assess the feasibility of a merger, while Centamin said its board believed Endeavour should enter into reciprocal due diligence without delay.

Centamin’s Sukari gold mine began production in 2009 and is considered to be the first large scale modern gold mine in Egypt. It is located in the south-eastern region of the Eastern Desert. It is jointly owned by Centamin and the Egyptian Mineral Resources Authority.

On 14 December 2019, the CEO of Endeavour and the chairperson of Centamin met in Perth, Australia, to discuss the merits of the proposed transaction and proposed next steps. Ahead of this meeting, on 10 December 2019, both companies entered into a mutual non-disclosure agreement, which did not include a standstill undertaking.

Centamin, in a Wednesday statement, said that its board is disappointed that despite its efforts at constructive engagement, Endeavour has repeatedly refused to engage in a proper manner.

“The unsolicited approach from Endeavour has created an intense period of uncertainty for all of the Company’s stakeholders. Therefore, the board of Centamin believes that Endeavour should, without further delay, enter into substantive reciprocal due diligence,” the statement added.

“The Board continues to advise shareholders to take no action in respect of Endeavour’s proposal,” the Wednesday statement concluded.