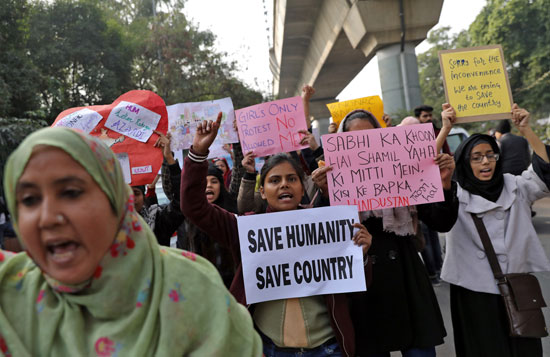 At least 17 people were killed, while dozens were injured and thousands arrested in clashes between Indian police and protesters against a new critical citizenship law in India.

The major protests were erupted in the northern Indian state of Uttar Pradesh, the north-eastern state of Assam, the capital city New Delhi, and other big cities in the Hindu majority country.

On 11 December, the Indian Parliament passed a law that was introduced by the Hindu nationalist government of Prime Minister Narendra Modi. According to the new legislation, it will be easy for people from non-Muslim minorities in Afghanistan, Bangladesh, and Pakistan who settled in India prior to 2015 to obtain Indian citizenship.

Opponents of the new legislation say that it discriminates against Muslims and undermines India’s secular constitution, as it excludes Muslims.

The Indian authorities have imposed a curfew in the biggest cities, including New Delhi, where thousands of people took to the streets protesting against the law.

Nevertheless, more than 10,000 protestors have assembled in front of the Jamia Millia Islamia in New Delhi on Friday in order to sign a petition seeking downing the law, and they also chanted “Remove Modi.”

As protests are growing, the Indian PM Modi called for a meeting with the cabinet on Saturday to discuss security measures amid the protests against the law, according to Reuters.

150 feared dead in India as Himalayan glacier breaks down