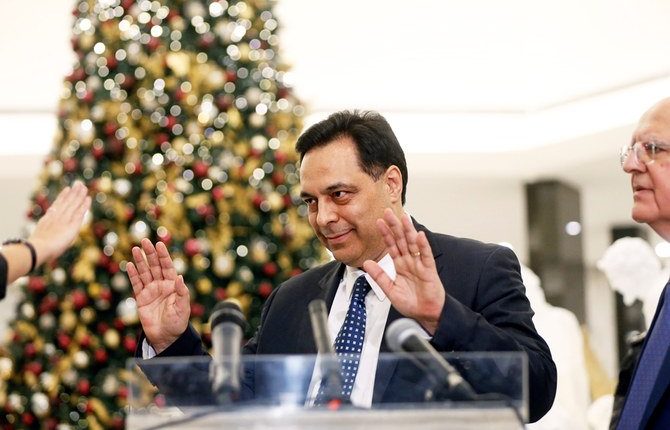 Lebanon’s newly assigned prime minister Hassan Diab vowed to form a new government within six weeks while the protesters are blocking the roads across the country to condemn the designation of Hezbollah-backed Diab.

Diab, a Sunni former education minister, was designated last Thursday as a prime minister in a divisive parliament vote that showed unrest among the Sunni community. Although Diab’s resignation was backed by the Shiite group Hezbollah and its allies, he did not have the backing of Lebanon’s main Sunni sect.

The Mediterranean country has been without a government since prime minister Saad Hariri stepped down in late October — although he and his cabinet have stayed on as caretakers.

Failing to win Al-Hariri’s support, under a sectarian political system that leaves the premiership to a Sunni Muslim, Diab is expected to face many obstacles due to his reliance on Hezbollah’s support.

Meanwhile, hundreds of Lebanese demonstrators took to the streets protesting against Diab’s designation, and the police fired tear gas to disperse their gatherings that were blocking many roods. Al-Hariri called on the protesters to end their sit-ins via Twitter.

Moreover, Lebanese political analysts warned that Diab’s designation would set the stage to form new government without allies of US and Gulf states while underlining the sway of Iran in a move that will complicate efforts to secure Western financial aid.

On the other hand, US Under Secretary of State for Political Affairs, David Hale, visited Lebanon last Friday in order to underline the US support for stability, demanding the political leaders to implement economic reforms.

During Hale’s visit, he met President Michel Aoun, who had confirmed that the new government have “many tasks ahead,” asserting that the protesters were protected by the army.

Hale also called for putting partisan interests aside, and “act in the national interest, advance reforms, and form a government committed to undertaking these reforms and capable of doing so.”