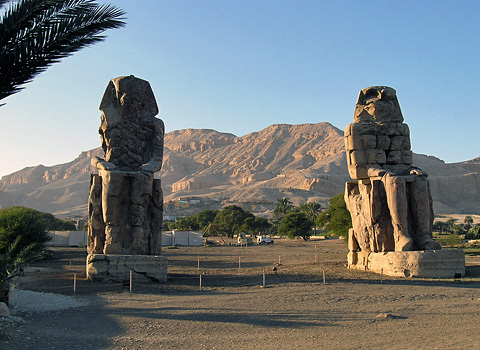 Centuries after the civilisation came to an end, Ancient Egypt’s kings keep fascinating the world with heart-capturing statues that silently speak the aptitude of their craftsmen and the glory of their depicted Pharaohs. An Egyptian-German mission unearthed on Thursday the bust of a statue of god Horus. The unearthed statue was found at the hypostyle hall of the Funerary Temple of Amenhotep III at Kom Al-Hettan, Luxor’s West Bank, according to a statement published by the Ministry of Antiquities. 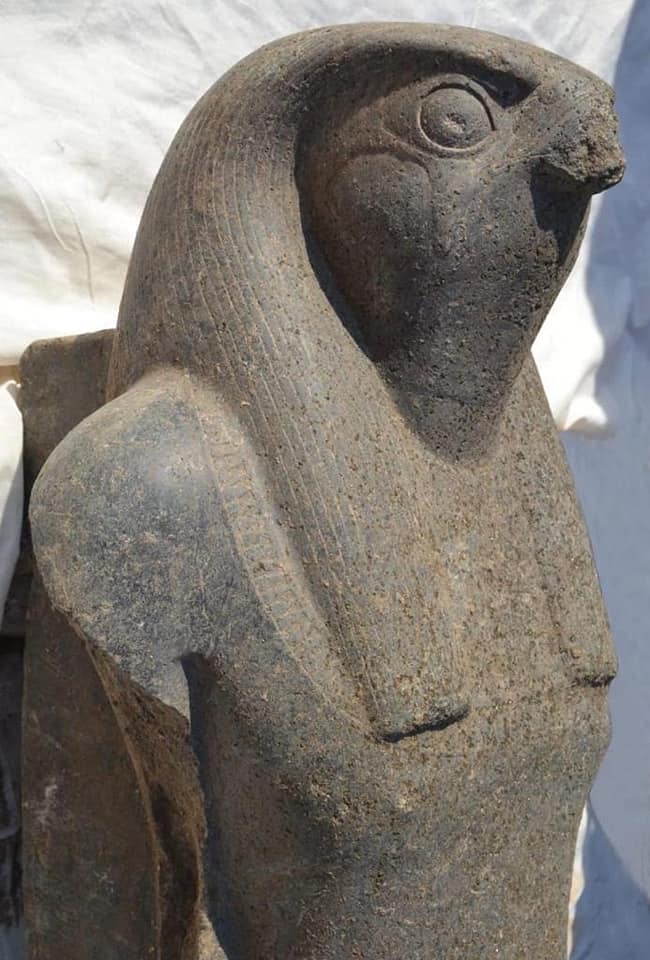 The statue features the god of kingship and the sky standing with a head of falcon while wearing the divine pleated short skirt. The 1,85 metre granite colossus was found with broken legs and arms, yet in an extremely well-preserved condition.

The German mission’s head Hourig Sourouzian stated that the discovery comes as a part of the temple of Amenhotep III’s restoration project which started in 1998 under the supervision of the Egyptian Ministry of Antiquities, and the German Archaeological Institute in Cairo.

“The statue was found in good condition, and it brings a high artistic and scientific value as it helps in presenting the complete perspective of the temple that fell apart due to an earthquake that hit it,” Sourouzian said. The earthquake that led into the temple’s collapse is known to be the most famous, strong ones that occurred at history of ancient Egyptian civilisation in the 18th Dynasty.

He added that the temple was built at the Ramesside period out of limestones and mud bricks. The Ramesside era is a part of the New Kingdom. It took place from the 19th to 20th Dynasties. It was named after the 11 Ramses pharaohs that ruled Egypt after Ramses I, who founded the 19th Dynasty. The era that lasted for over two centuries, witnessed some of Egypt’s most draining wars which lasted for several decades. The Battle of Djahy and the Battle of the Delta are the two most famous battles of the time, in which pharaohs brawled to protect against seaside invasion.

The restoration of the temple aims to rebuild it and save its remains. Sourouzian explained that the excavation for the remains of the olossus will continue as a part of the temple’s renovation project. 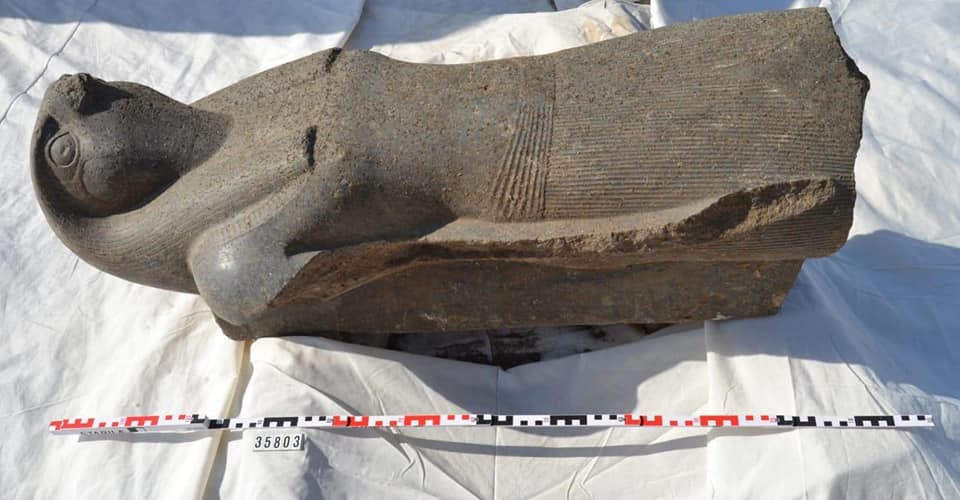 The mission also uncovered the lower part of a seated goddess and the head of a god, both in granodiorite. The god is wearing a tripartite wig, and a wide collar adorns his chest, according to state-run media outlet, Al-Ahram Online.

The discovery is not the first of its kind at the temple; over the years, the mission unearthed a number of giant statues for several ancient Egyptian gods and goddesses, as well as colossus for the  Amenhotep III and his wife Tiye.

In 2011, the mission found two statues of Amenhotep III at his temple in Luxor. One of them was a 2.5-metre alabaster head of the 18th dynastic king that was also well preserved and found in perfect shape as his almond shaped eyes was detected outlined with cosmetic bands, while the other was a 13.5 metre statue that is made of coloured quartzite. It is composed of several large pieces that once put together will depict the king as standing.

Amenhotep III ruled from 1390-1352 BC.  He is the grandfather of the famed boy-pharaoh Tutankhamun

The mission also found through its excavation at the archaeological site a number of statues for Sekhmet, the war goddess that was believed to be the deity of healing, the protector of the pharaohs that led them in warfare.

It its believed that Amenhotep III built his funeral temple that hosted a large number of deities’ statues, especially Sekhmet’s statues seeking her protection for the temple and the king himself.