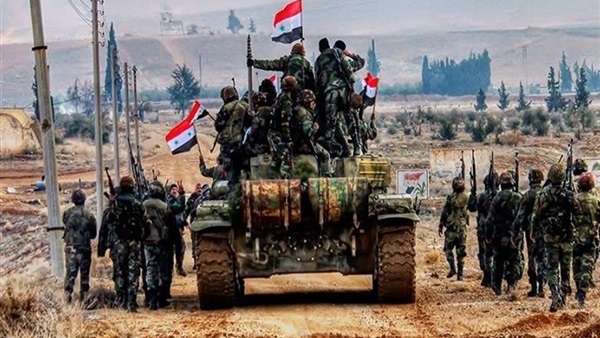 It said the Syrian forces captured three new towns in the southern countryside of Idlib, as part of a new offensive launched recently against the ultra-radical rebel groups, including those affiliated with Al-Qaeda.

The report noted that the army destroyed rebel positions and fortifications and eliminated large numbers of the rebel militants.

Meanwhile, the Syrian Observatory for Human Rights said that around 70,000 civilians have fled the southern and eastern countryside of Idlib since the beginning of December as a result of the military showdown in that region.

Those fleeing their areas are reaching border region with Turkey, said the UK-based watchdog group, adding that the intense battles between the Syrian army and rebels in Idlib have claimed the lives of 61 fighters from both rival parties since Friday evening.

Throughout the crisis, Idlib has emerged as the main destination of the rebel groups, which have evacuated several positions across Syria after surrendering to the Syrian army.

That province is now considered as the last major rebel-held bastion in Syria.

Certain parts of Idlib are included in a de-escalation zones’ deal brokered by Russia and Turkey, which backs the rebels.

However, such deals exclude the ultra-radical rebels who are affiliated with the Al-Qaeda and branded as terrorist groups by the United Nations.

In a similar context, An oil refinery and two gas fields were subject to a “terrorist” attack overnight in Syria’s central province of Homs, state news agency SANA reported Saturday.

The attack targeted the Homs oil refinery, as well as a gas factory and the Rayan gas field in Homs, causing damage to some production units, said SANA.

Citing the Minister of Oil Ali Ghanem, SANA said there is a systematic targeting of oil sectors in Syria.

He said that the maintenance work started immediately after the attack.

Talal Barazi, the governor of Homs, hailed the efforts exerted to extinguish the fire in the targeted facilities.

SANA stopped short of identifying the attack, but the Syrian Observatory for Human Rights said the energy fields were targeted by unknown drones.

The UK-based watchdog group said big damage was caused to the targeted facilities.

The overnight attack came hours after the Islamic State (IS) militants targeted a gas field in the remote desert eastern countryside of Homs, during which 13 soldiers and four workers were killed, according to the Observatory.