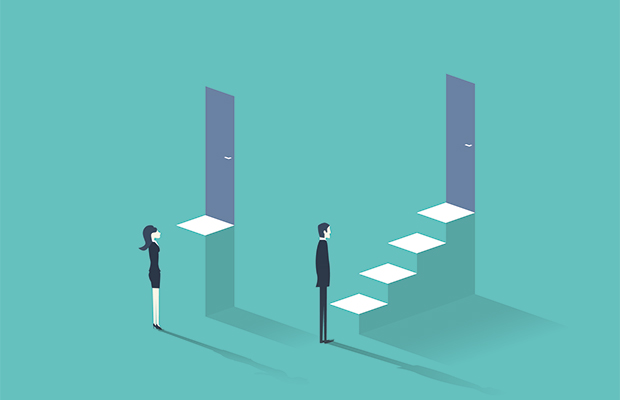 To date, Egypt has closed only 62.9% of its gender gap, ranking 134 globally, instead of 135 in 2018, and eighth in the regional gender dap index. Much has yet to be done to grant equal opportunities to women in almost all aspects, according to the annual report by the World Economic Forum (WEF).

In a global perspective, the Global Gender Gap Report 2020 revealed that it will take another 99.5 years to achieve global gender equality.

The report bench-marked 153 countries on their progress toward equality of the sexes based on four topics, including political empowerment, economic participation, economic opportunity, as well as health and survival.

The report showed that, unfortunately, Arab countries come at the end of the list, Daily News Egypt take a look into the report, declaring where Arab countries in general and Egypt in specific stands within the four above categories.

Where does Egypt stand from the gender equality?

Egypt is home to 48.7 million women, and improvements to their conditions will have a significant impact on the country’s economic and social progress.

Let`s start by the educational attainment, in which the state is ranked 102 globally, compared to 90 in 2006.

The report stated that the literacy rate in Egypt is still as low as 65% among women, which translates into a 15% gender gap yet to bridge.

The WEF highlighted that political empowerment is also low, yet improving! Although, there has never been a woman in a head of state position, and only 14.9% of parliamentarians are women.

It also highlighted that there are now significantly more women in ministerial positions, representing 24% of the cabinet, up from only 11.8% in 2018, expecting that this progress can hopefully further stimulate the involvement of women in politics as well as in the workplace.

When it comes to economic opportunities, the WEF stated that Egypt has a long way to go and now ranks 140 globally, compared to 108 in 2006. 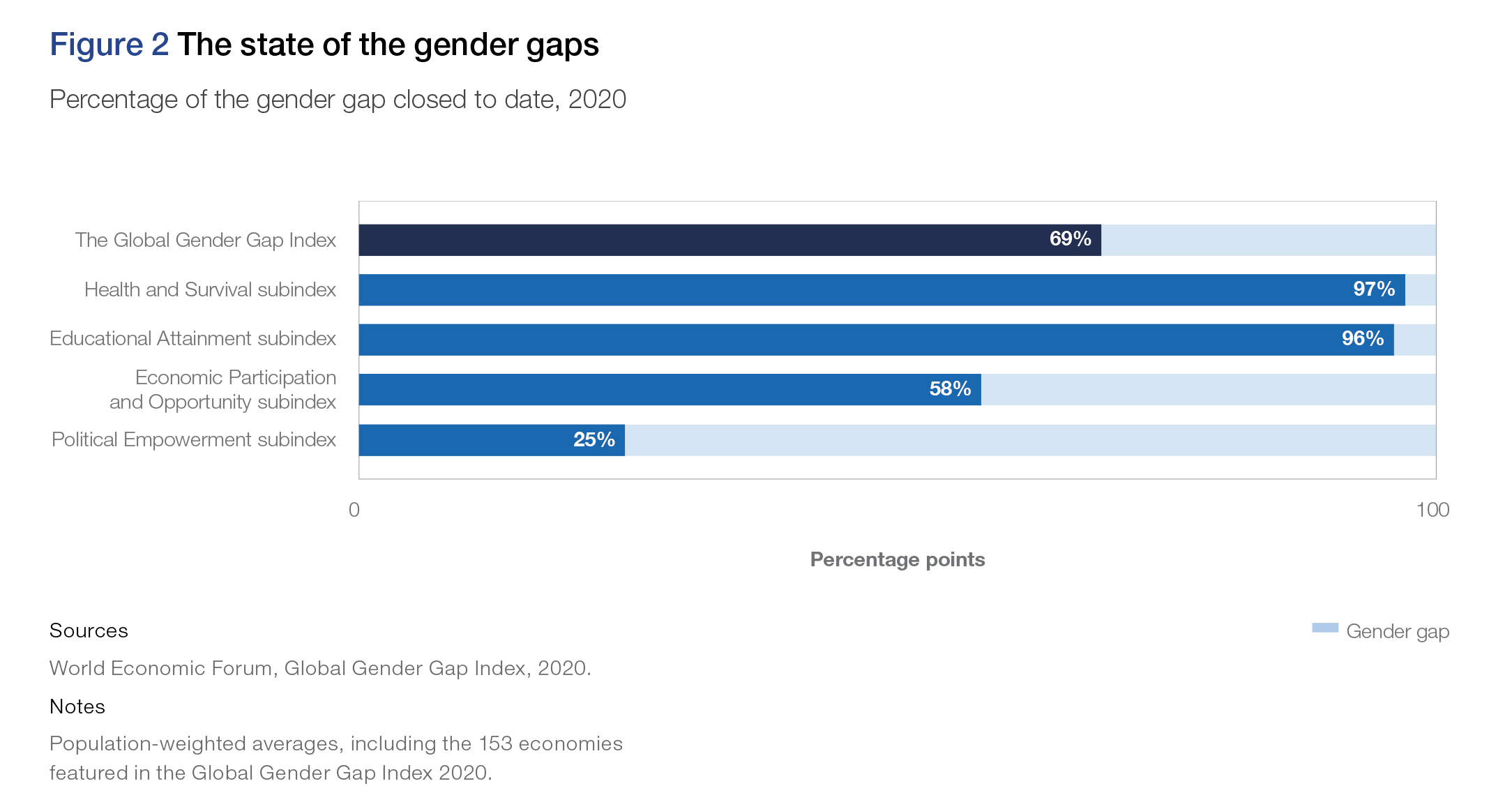 It pointed out that only 24.7% of women are in the labour force, and about 20% of them are on a part-time contract.

Furthermore, the report declared that very few women are in a managerial role, representing only 7.1%. Their presence among firms’ owners, and top managers is also extremely limited, representing only 2.4% and 4.9%, respectively.

“These facts reflect the barriers that still prevent women’s access to finance and assets. By law, there are still significant limitations for women, at least for some social groups to own land, capital, and financial products,” the report explained.

The report put across that removing all barriers that grant equal access to women and men to internships should be a first step to leveraging untapped human talent of women in the country.

The state achieved a middle rank of 85 in the health and survival index, compared to 66 in 2006.

Daily News Egypt interviewed experts to learn more about what procedures the government needs to take in order to further empower women.

In order to fully empower women in Egypt, the Arab International Women’s Forum (AIWF) Chairperson and Founder, Haifa Al-Kilany mentioned that Egypt needs first of all to ensure women’s rights to set up a business.

It also needs the law to support women’s financial rights, not only human rights.

“By financial rights I mean she should have the right to spend her salary in whatever she wishes. We need a good ecosystem and financial inclusion for women,” she added.

She also assured that she truly believes that women in Egypt, and in the wider Arab region have been empowered by excellent education, and by the government’s investments in primary, secondary, and tertiary education.

“Women are truly entering the economy, and setting up small businesses. Women’s role in Egypt is extremely important, they are already playing a huge role as engines of economic growth, yet we still face challenges in the Arab region,” according to El Kilany.

Meanwhile, Samar Alshorafa and Noha Hefny, co-founders of “She is Arab” platform, stated that the Egyptian government has taken strides in empowering women socially, politically, and economically, and presented a clear 2030 empowerment agenda in the ‘National Strategy on Women Empowerment’ document.

They explained that this is primarily evident in women participation rates in cabinet, which currently stands at eight ministers, bearing in mind that one of the Ministers will be leaving to lead the UN Office for Drugs and Crime Control (UNODC); which in itself is a major milestone for an Arab and Egyptian woman. 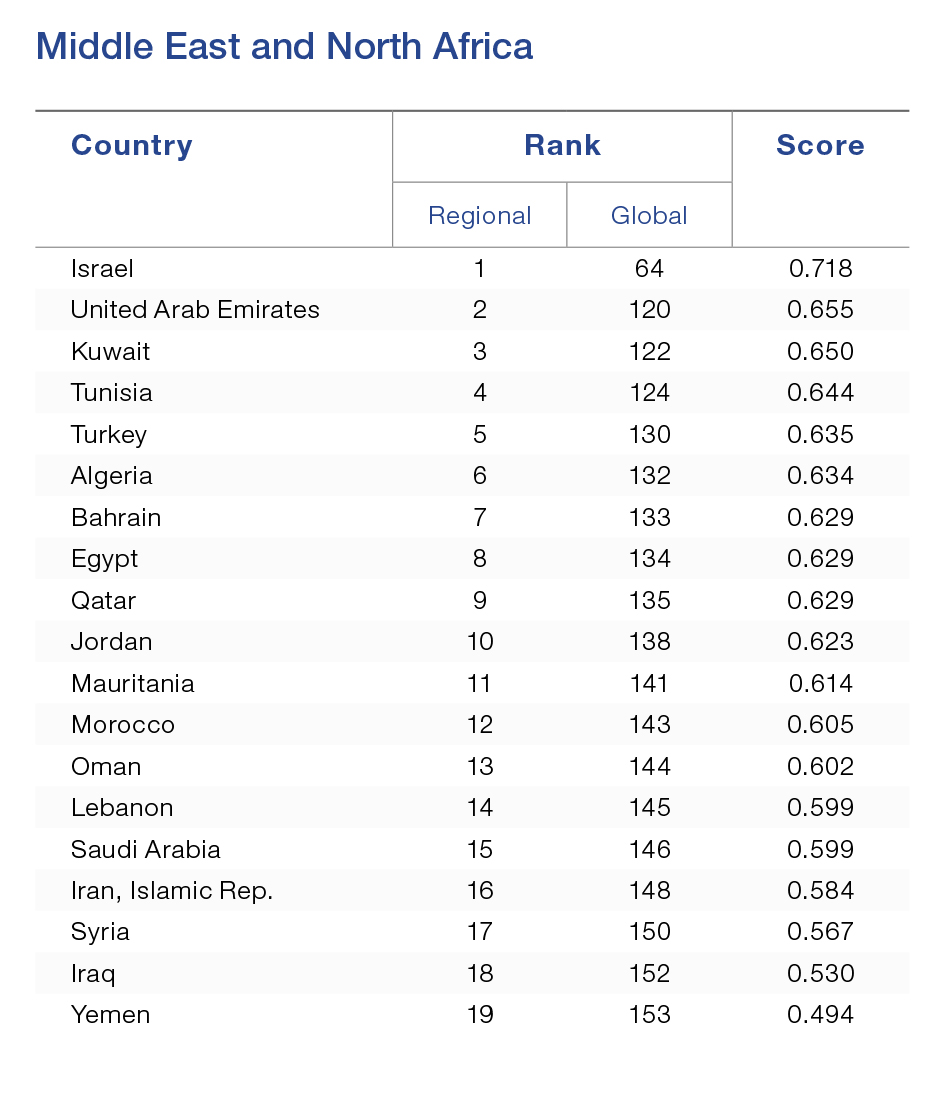 Alshorafa and Hefny also assured that this quote is a clear and positive indication of the momentum and direction the government is taking towards gender equality.

They added that the partnerships and collaboration are the cornerstone to the success of any efforts within all sectors.

According to them, another major milestone for Egypt is the launch of the Gender Equality Seal earlier this year, which is a programme to encourage private and public sector organisations to be recognised based on the success of their gender equality efforts at the workplace.

The founders of She is Arab also mentioned that Egypt is the first Arab country to launch such an initiative, highlighting that the issue of gender equality at the workplace is truly a priority on the government’s forward-looking agenda.

With regards to women’s representation in government, they stated that they hope to see an increase in women’s participation in parliament in the near future.

UAE is best in Arab countries in terms of global gender index:-

Unfortunately, the report found that the Middle East and North Africa (MENA) has the lowest score at 61.1% of all regions in the Global Gender Gap Index. The gap has narrowed by 0.5 percentage points since last year and by 3.6 points since 2006.

The WEF assumed that if the same rate of progress continues as is, it will take approximately 150 years to close the gender gap in the MENA region, 15 years shorter than what was predicted last year.

“For now, many women in the region continue to face limitations on basic rights, including for divorce, inheritance, asset ownership, access to justice, and freedom of movement,” according to the report.

Unfortunately, the best performing country in the MENA region is Israel, holding on at 64th on the global index. The other 18 countries in the region rank below 100.

The second-best performer in the MENA region, while the best in terms of Arab countries, is the United Arab Emirates at 120, followed by Kuwait 122 globally, and Tunisia 124 globally.

Six out of 10 countries with the largest gender gap are Arab countries, including Iraq and Yemen, which are, respectively, penultimate and last in the ranking of 153 countries.

On a positive note, the report discovered that the MENA region has essentially closed the health gender gap, with an average score of 96.9% (maximum is 98).

“In all MENA countries except in Bahrain and Kuwait, women live longer than men on average,” according to the report.

In terms of the gender gap in education in the region, the report noted that it is extremely narrow, with a score of 98 (maximum of 1). However, serious gender imbalances persist in some countries when it comes to literacy.

The WEF further illustrated that in Yemen, only 35% of women are literate, compared to 73% of men. In Mauritania and Morocco, the differential is approximately 20 percentage points.

While the situation is by and large satisfactory in terms of health outcomes and educational attainment, the gender gap is cavernous in the remaining two categories.

MENA`s political empowerment is worst performing among all regions

The WEF found that the region’s average score on the Political Empowerment sub index is 10.2%, the worst among all regions and four times worse than the Western European average.

It must be noted, however, that the average has almost tripled since 2006, when the score was 3.5%.

The report showed that three-quarters of MENA countries rank beyond the 100 mark in this sub index.

Only Israel and Turkey have had a female head of state for 5.7 and 2.7 years, respectively, which are not Arab countries.

Talking about the average female representation in parliament, the report noted that it is the lowest share of all regions, which is only 15%.

The WEF mentioned that the regional average score on the economic participation and opportunity sub index is 42.5%, the second-lowest mark after South Asia (36.5%).

“In 16 countries, less than half of women participate in the labour force. The rate is even below 20% in six countries, including Yemen, where the female participation rate of 6.3% is the lowest in the world,” the report revealed.

Furthermore, the estimated earned income of women is on average 28% of what men earn. In six countries the ratio is less than one-fifth.

Global view: Iceland on top and Iraq on bottom:

On a global index, Iceland ranked the best among the world in closing their gender gap index, for the 11th year in a row, having closed nearly 88% of its overall gender gap.

The country has also continued to improve on last year’s rankings, completely closing its gaps in education and health and survival.

It also comes first in terms of political empowerment as women make up 38% of Iceland’s parliament and 40% of its ministers.

In addition, women account for 42% of its senior officials and 43% of companies’ board members.

While at the bottom of the list comes Yemen. The Middle East and North Africa scored lowest on the gender gap index, with the region expected to achieve equality of the sexes in approximately 150 years.

Globally, there are still 72 countries where women are barred from opening bank accounts or obtaining credit. And in the last 50 years, 85 states have had no female leaders.

“Without representing one-half of the population in national and local politics, progress will be stymied in other areas pertinent to women and the quest for gender parity,” WEF warned.

The top five most-improved countries in the overall index this year including Ethiopia, Spain, Mali, Albania, and Mexico, in which they have all closed their gaps by 3.4 percentage points or more, and they all share a substantial increase in women’s presence in political institutions.

Financial inclusion of Egyptian women increases to 27% in 2018: Minister of Planning