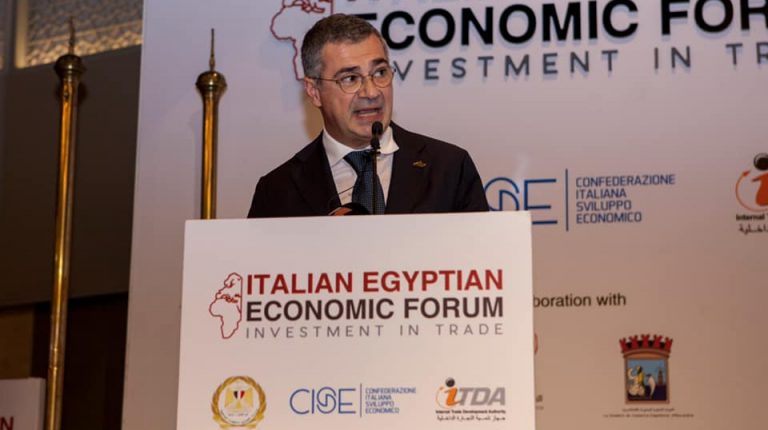 Italian investments in the sectors of banking, agriculture, manufacturing, and logistics will drive Italian businesses in Egypt in 2020, Giuseppe Romano, president of the Italian Confederation for Economic Development (CISE), told Daily News Egypt on the sidelines of the second Italian-Egyptian economic forum, held on Wednesday.

“I expect the Italian investments in Egypt to be doubled next year to €3.2bn, compared to €1.6bn currently,” Romano said, noting that his country has the best manufacturing technologies.

The CISE is keen on organising the Italian-Egyptian economic forum on regular basis, Romano said, adding that the success of the first forum in Naples, Italy last September encouraged both countries to organise the second edition.

Chairperson and CEO of Banque du Caire, Tarek Fayed, announced on 9 December that 30-40% of the bank will be put for sale on the stock market in the first quarter of 2020, aiming at increasing the bank’s capital.

“Egypt will host a conference on the blue economy in 2020. We are cooperating with three Egyptian ministries on organising the event; namely, the Ministry of Supply and Internal Trade, Ministry of Public Enterprises, and Ministry of Trade and Industry,” Romano said, noting that AlexBank is sponsoring the event.

Several Italian banks are negotiating with Egyptian counterparts for financial packages that will be directed to the megaprojects, Romano said.