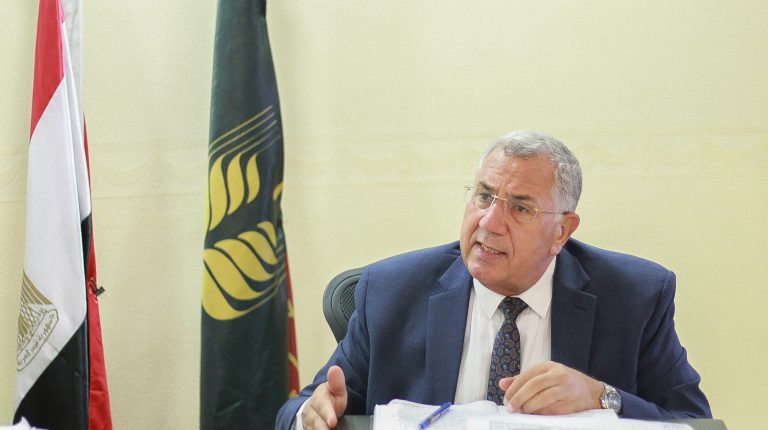 Veteran Banker with over 30 years of experience, known as the “banks reformer” El Sayed El Kosayer was appointed as the new Minister of Agriculture.

He received a Bachelor of Commerce in 1978 from the University of Tanta as the top student in his class then got a diploma in graduate studies in 1985, and then earned a diploma of the Egyptian Banking Institute of the Central Bank of Egypt (CBE).

After graduating, he joined the National Bank of Egypt in 1980, working in the fields of risk management, policies, credit procedures, and portfolio management, handling irregular debt files, managing branches, and managing small and medium projects.

He also worked in strategic planning, human resources, and chaired many of the committees associated with the main business of the bank, and was a member of all major committees in the National Bank of Egypt, until he was promoted to a member of the Board of Directors and the first head of the bank credit risk group.

In the ABE, he succeeded in achieving many accomplishments regarding the administrative and technical restructuring of the bank, which enabled it to break into the technology services activity.

The results of the bank’s business have also witnessed a great development, led by reducing the portfolio of bad debts from about 20% upon assuming responsibility to about 12% at the present time, taking into account the short-term pursuit of a different policy in dealing with defaulters, as the penalty of imprisonment for all defaulters was abolished.

He also signed settlements of debt worth over EGP 2bn for 32,000 customers who paid EGP 1.26bn and were exempted of EGP 750m in the last two years.

Under his leadership, the bank entered several initiatives in livestock, small and medium enterprises, and the farmer smart card project.

As a culmination of that effort, El Kosayer received the award for the best Arab bank specialised in supporting and financing agricultural development during the ceremony organised by the International Union of Arab Bankers in Beirut recently.