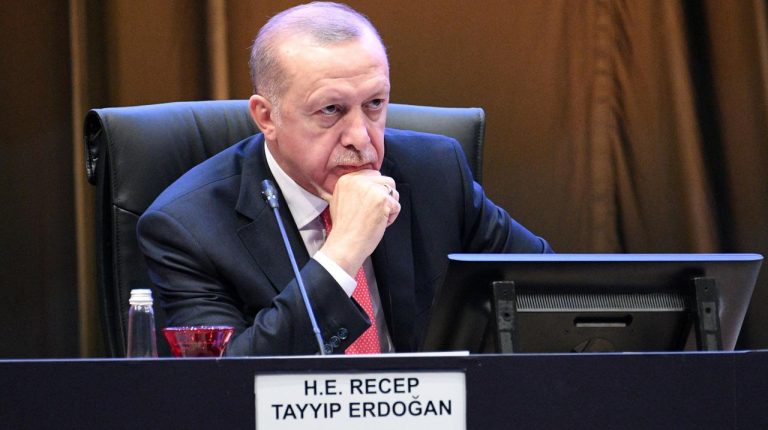 Turkish President Recep Tayyip Erdogan said that his country was incapable of receiving a new wave of refugees from Syria, warning European countries that they would feel the impact of this new wave if the Syrian regime and its allies do not stop the violence in Idlib.

Speaking in a ceremony in Istanbul on Sunday, Erdogan pointed out that more than 80,000 Syrian citizens started their journey from Idlib to Turkey due to airstrikes in the city by Syrian and Russian forces.

He noted that it was inevitable for Europe to face a refugee crisis similar to that of 2015, unless it exerted some effort in stopping the violence in Syria. He further said that Turkey was doing its best to push Russia onto a ceasefire over Idlib, and Ankara would build its stance on the crisis after the outcome of the Turkish delegation’s visit to Moscow on Monday.

Meanwhile, the Syrian government regained control of dozens of towns and villages in Idlib governorate in northwestern Syria after days of battles that resulted in the death of at least nine civilians, according to the Syrian Observatory for Human Rights.

Turkey hosts more than 3.7 million Syrian refugees, which is the largest number in a country in the world. Turkish authorities are afraid of more waves of refugees as a result of the raids on Idlib where more than 3 million people live under hard circumstances.