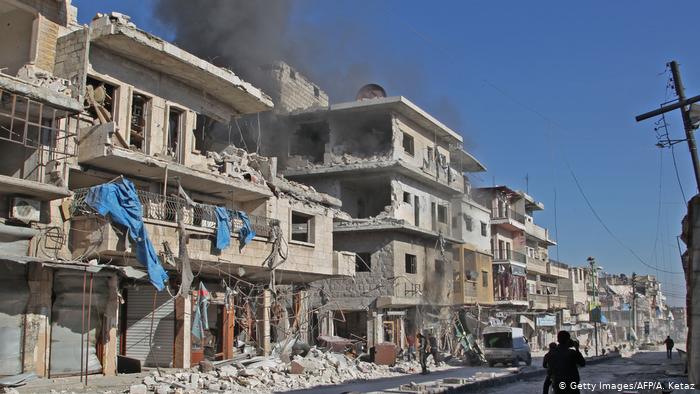 People in the capital Damascus heard the sound of powerful explosions as a result of the firing of air defenses triggered by the missile attack.

One of the missiles fell in the town of Akraba in Damascus countryside, it added.

Meanwhile, the Syrian Observatory for Human Rights war monitor said three explosions were heard in the capital as a result of the air defenses triggered by an Israeli missile attack that targeted positions of the Syrian army and Iran-backed militia in the surrounding of the capital.

Throughout the Syrian crisis, Israel has carried out hundreds of airstrikes in Syria against Iranian targets and convoys transporting weapons to Hezbollah, an Iran-backed Lebanese militia.

In 2019 alone, more than 17 Israeli attacks targeted Syria, the latest of which occurred on 20 November when several Israeli missiles attacked sites on the southern and southwestern outskirts of Damascus.

Last month, the chief of UN Interim Force in Lebanon filed a serious complaint to the Israeli army, asking it to respect the UN Resolution 1701 by stopping its daily violations of Lebanon’s sovereignty.

Israel violates Lebanon’s airspace on an almost daily basis, according to the Lebanese authorities.