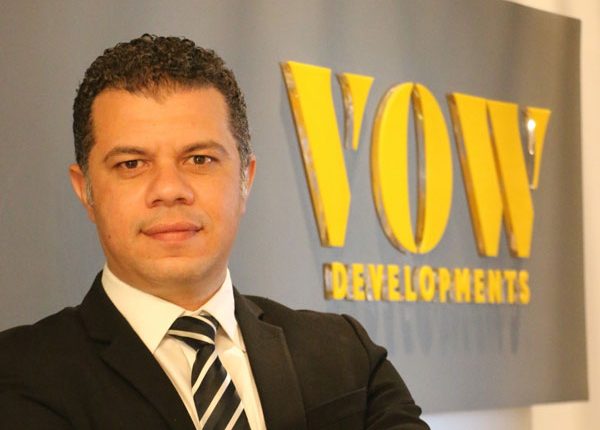 VOW Developments, a company specialised in administrative and commercial projects, is launching its first project in the New Administrative Capital (NAC) in January with investments worth EGP 1.1bn.

The company’s Chairperson Amr Ashour told Daily News Egypt the project spans over 6,600 sqm and includes 24,000 sqm-areas for sale, out of 34,000 sqm.

Ashour said the project is located in Central Business District (CBD) in the NAC and allocated for administrative activities only. It does not include any commercial stores and comprises two basement floors, ground floor, and seven floors.

The company plans to launch the project for sale during the next month, he noted, pointing out that adequate feasibility studies on the project took about a year.

He said the project is designed by Distance Studio Consultants (DSC), which has a long record on similar projects in Egypt and several Arab countries.

The project include fully-finished administrative units with areas ranging from 48 sqm to 530 sqm to meet multiple customers’ needs. It also includes major meeting rooms with various areas that provide additional services to customers while the roof provides several services, such as restaurants, gym, and others, he explained.

Ashour pointed out that the company provides a payment system after studying the needs of customers for up to seven years, which the company sees as the most effective with clients.

“Construction works begin in the second half of the next year and it is planned to deliver the project during 2022,” he elaborated.” The project will be managed through building management system (BMS) to preserve the environment and in line with green architecture. the company allocated 50% of the project’s roof for solar panels.”

VOW chairperson added that the company will take over the project’s management after its delivery to ensure that its level is maintained, as well as operating main meeting rooms and services of the project.

He disclosed that the company’s future plan includes expansion in the NAC through the development of administrative and commercial projects, in light of the great demand for these types of projects there.

He revealed that the company is studying available and interesting locations in the NAC, expecting that service projects will witness a great demand, especially after the ministries get transferred to the new capital next year.

According to Ashour, residential projects in the NAC witness great competition with the multiplicity of offerings in the current phase. He also explained that investment clients prefer to buy administrative and commercial units because they represent new and better investment opportunities, whether by renting or usually re-selling them at a large profit margin.

How CBD and Music Affects the Brain?